The Palestinian leaders continue to be lonely warriors in a political illusion that has been abandoned even by its own masters. 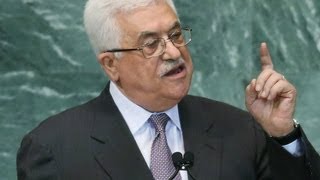 They must immediately hand over everything, first and foremost security, to the Palestinian national consensus government," he said.

Related Topic(s): Conflict; Fatah; Hamas; Jerusalem; Occupation; Peace Talks Between Israel And The Palestinians; Pro-israel, Add Tags
Add to My Group(s)
Go To Commenting
The views expressed herein are the sole responsibility of the author and do not necessarily reflect those of this website or its editors.