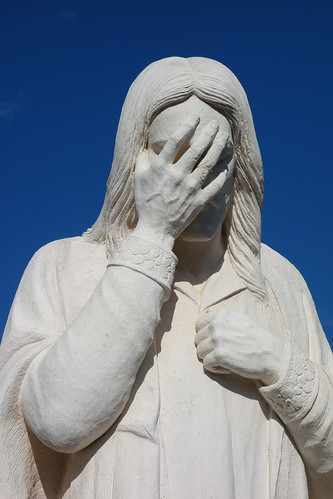 The Last Happy Girl's Dad wore orange pants and thoroughly enjoyed the Ethiopian stew called "Wat." He would play his gut-string guitar along with Bob Dylan and Charlie Parker records, although she would agree that Charlie Parker compositions were an odd choice. He would readily admit that he had smoked quite a bit of cannabis and did occasionally enjoy the visits of the enlightened fungus. In later life, as a domestic Brahmin, he only partook of dry red wine and bitter beers. He was a Liberal.

The Last Happy Girl learned much from her Dad. She learned about the color wheel and how reading Kurt Vonnegut, Cervantes and Twain aloud induced great hilarity, as did her Dad's old VHS tapes of "All in the Family." She became very adept by the age of five at hitting, the really interesting, nose of Richard Nixon on her Dad's homemade dart board. She learned gardening and canning and how to bake bread with walnuts. She had a really great Mother also, but this story is about her Dad, not enough time to get into her Mom, she was actually smarter than her Father and she also laughed a lot-- but somebody had to worry about money and discipline.

When she was nine she went to a local coffee shop and sat next to her Father as he read his poem, "Jesus Laughed." As she looked out into the crowd she saw people crying, both young and old. The Last Happy Girl was confused. As best as she could tell the poem wasn't really sad. She tugged on her Dad's Indian cotton shirt and asked him why so many people in the audience were crying. He answered, "Jesus was the first Liberal -- they aren't sad, they are happy, their tears are liquid laughter." The Last Happy Girl decided then that laughter was something special, that happiness was somehow sacred, that giving it to others was her duty.

The years moved by; The Last Happy Girl had made many people happy, many laugh. However a great darkness had spread across the land. Laughter and happiness were dwindling at an alarming rate. A dark, sad man was elevated to the status of a King. He had discovered the need of many to hate and fear. The word "Liberal" became a foul epithet. The local coffee shop was burned to the ground. No one baked bread with walnuts anymore. A tremendous party was held in the park. A great bonfire of Kurt Vonnegut and Mark Twain and Miguel Cervantes books, along with records by Bob Dylan and George Carlin, raged as the sad revelers chanted, "Death To Liberals!"

The dark king succumbed to anger and greed and died shortly thereafter. A small group of citizens thought it might be good to laugh again. They went in search of the Last Happy Girl -- only to discover that she had passed away. The manager of her old apartment building advised them to go and find her in the local cemetery; he also gave them copies of "Don Quixote (El Ingenioso Hidalgo Don Quijote de la Mancha)" and The "Sirens Of Titan" that he had hidden away from the angry mob that showed up to ransack her apartment after her passing.

They searched and searched throughout the cemetery trying to find her final resting place. A corpulent, frowning man that sat in a little house, with the maps and documents explaining the cemetery, refused to let them in; he claimed he knew nothing of the Last Happy Girl. As they were about to leave an old, old woman approached, grabbing one by the arm and leading them to the farthest reaches of the burial ground. There, standing alone, were two defiled and graffiti-covered granite stones. However, if one bent down and looked real close, the chiseled inscriptions were still barely legible. One read, "Jesus Laughed"; the other, "Jesus Wept."

Related Topic(s): Anger; Carlin; Donald Trump; Happiness; Jesus; Kurt Vonnegut; Laughter; Liberals; Republican; Story, Add Tags
Add to My Group(s)
Go To Commenting
The views expressed herein are the sole responsibility of the author and do not necessarily reflect those of this website or its editors.