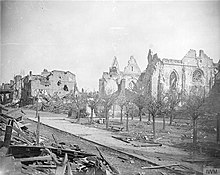 In an earlier article (2016) I'd made some predictions:

"...1. By the end of the first year the GOP will ask Trump to resign. He refuses.

2. By the end of the second year, Trump will resign.

3. In the third year, under Pence, civil unrest will escalate....neighbors against neighbors.

4. In the fourth year, a nation-wide civil unrest will turn into a 'modern-type' coup....a government reset.

"And this is my greatest fear and should be acknowledged as our potential future.

We have become so preoccupied with trying to save the Truth from abuse that we are forgetting what awaits us when the full Truth is revealed. So as a warning:

I still believe that this will happen and my greatest fear is that the Pence presidency may experience a similar civil upheaval that the late '60's did, especially leading up to the conventions. That disorder will happen and when it does then Moscow's mission will have been accomplished because at that time during the Pence presidency all the pent up angers will explode into an all out conflict.

If you remember, back in the late sixties there were fewer guns and fewer explosives readily available to citizens. I shudder to think of the future's violence and potential for the total destruction of United States Democracy in the coming years." (2)

Yes I was wrong about Trump leaving office in year three. But for the power-lusting Republicans it should have happened".Yet, despite his staying power, I still believe he will not finish out his term. A lot can happen in just a few months as we have learned.

Aside from another Trump victory, I know one of the greatest concerns now is that if he does lose the election will he leave. Will the Republican "Guard" find ways to keep him in office?

No they won't. The only thing stopping that from happening would be a full scale civil/cultural war. And we're already feeling the skirmishes of such actions nowadays. No one will want to repeat this kind of response ".but then again, under Putin, there are always the Russians to instigate further discord. And the MAGA Army of Trumspters will follow suit.