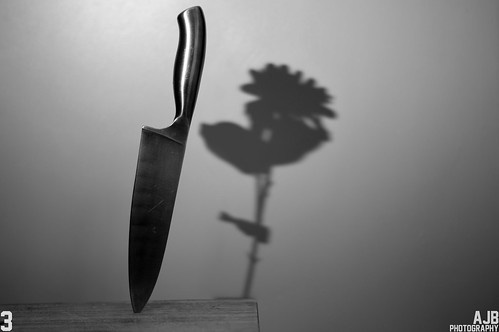 Glenn Greenwald, co-founder of investigative news outlet The Intercept, very publicly resigned from his position yesterday. The immediate trigger for his decision was a refusal to publish his article exploring corruption in the Biden campaign by his editors, but, as the cult journalist explained on his Substack page, there were also long term and deeper underlying factors that forced him to move on. Greenwald created the Substack page for this purpose, posting his resignation letter, then the censored article followed by the email exchange with his editors that preceded his resignation.

Greenwald's contract stipulates he has virtually complete editorial freedom and control over his own content, but he revealed that he felt like the outlet had slowly become a bulwark of the establishment, mindlessly repeating the same liberal talking points, rather than challenging them. "The pathologies, illiberalism, and repressive mentality that led to the bizarre spectacle of my being censored by my own media outlet are ones that are by no means unique to The Intercept," he wrote.

These are the viruses that have contaminated virtually every mainstream center-left political organization, academic institution, and newsroom. I began writing about politics fifteen years ago with the goal of combatting media propaganda and repression, and regardless of the risks involved simply cannot accept any situation, no matter how secure or lucrative, that forces me to submit my journalism and right of free expression to its suffocating constraints and dogmatic dictates."

Greenwald revealed that he had harbored serious problems with the conduct of his employers and the direction of The Intercept for some time, but continued on because he was still afforded complete control over his own output.

But the brute censorship this week of my article about the Hunter Biden materials and Joe Biden's conduct regarding Ukraine and China, as well my critique of the media's rank-closing attempt, in a deeply unholy union with Silicon Valley and the "intelligence community," to suppress its revelations eroded the last justification I could cling to for staying," he explained.

The 53-year-old former attorney said he found himself in the position of somehow being silenced from expressing himself days before an election because of the views of "random editors in New York" who wished him to conform to the Democratic Party line. Greenwald will now pursue a reader-supported model of journalism on Substack.

For its part, The Intercept ensured that the event would be an extremely messy breakup indeed, publishing an acerbic response accusing him of throwing a "tantrum" over "preposterous" charges. "He believes that anyone who disagrees with him is corrupt, and anyone who presumes to edit his words is a censor," they wrote, claiming he was presenting falsehoods in order to falsely make himself look like a victim. "Over the past six years," they concluded, "it is Glenn who has strayed from his original journalistic roots, not The Intercept." Greenwald has since published both the rejected story and a lengthy email exchange between himself and his editors.

The knives come out

While some Intercept employees, like Ryan Grim, attempted to steer a neutral path between management and Greenwald, others, such as Naomi Klein, went on the attack. "Glenn was not 'censored' he was edited, and edited well. Crying censorship is a marketing ploy to gin up subscribers for his new Substack. Are people really going to fall for it?" she wrote on Twitter, also suggesting he was directly and callously helping Donald Trump win re-election: "Imagine not caring that you are feeding into this garbage at this point in history." 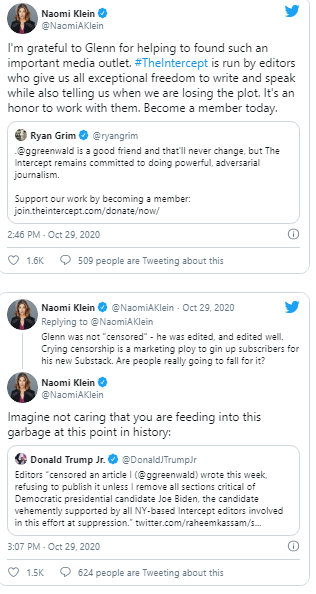 The Atlantic's David Frum, the man who coined the term "axis of evil" for the Bush administration, professed his outrage over the emergence of an alliance of reactionary thinkers, including Greenwald and Matt Taibbi on the left and Tucker Carlson, Joe Rogan, and the Federalist Magazine on the right.

Journalist Marcy Wheeler, who has repeatedly clashed with Greenwald over their radically different interpretations of the RussiaGate scandal, congratulated everyone at The Intercept on the news, claiming "a lot of good reporters"have been unfairly tainted by Glenn Greenwald simply making sh*t up with impunity for too long." 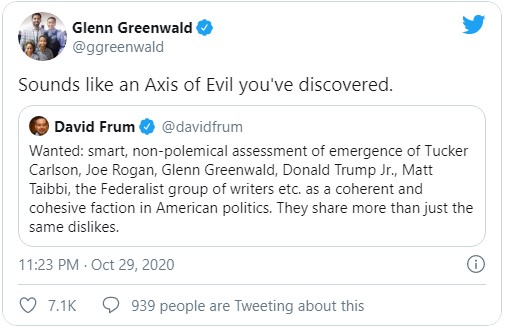 Launched in 2014 and featuring a prestigious lineup of journalists, The Intercept immediately became synonymous with hard-hitting, investigative journalism. But it also developed a reputation for not protecting their sources (a cardinal sin in the journalism business).

Related Topic(s): Intercept, Add Tags
Add to My Group(s)
Go To Commenting
The views expressed herein are the sole responsibility of the author and do not necessarily reflect those of this website or its editors.