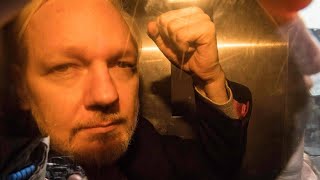 I write a lot about how important it is for political dissidents to research and understand cognitive biases, the large number of well-documented logical glitches in the way human brains process information. I do this because the science of modern propaganda has been in research and development for more than a century, so if public domain psychology is aware of these glitches we can be absolutely certain that the propagandists are as well, and that they are exploiting those glitches currently.

If you don't cultivate a healthy respect for just how advanced modern propaganda has become, you won't be able to understand what the propagandists are doing when observing the behaviors of the political/media class, and you'll almost certainly wind up being fooled by the propaganda machine in various ways yourself.

The fact that people think of themselves as rational creatures, but in reality have many large cognitive vulnerabilities that can and will be exploited to cause them to interpret data in an irrational way, is not some amusing-yet-inconsequential bit of trivia. It's an absolutely crucial piece of the puzzle in understanding why the world is as messed up as it is, and in figuring out how to fix it. The immense political consequences of this reality extend into every facet of civilization.

For example, have you ever wondered why ordinary people you know in real life often harbor highly negative opinions about Julian Assange, seemingly to no benefit for themselves, even while he's being viciously persecuted for his truthful publications by some of the most corrupt political forces on the planet? You've probably correctly concluded that it's because they're propagandized, but have you ever wondered why that propaganda works? Even on some of the more intelligent people you know?

The reason is partly because of a glitch in human cognition known as the just-world hypothesis or just-world fallacy, which causes us to assume that if bad things are happening to someone, it's because that person deserves it. Blaming the victim is more psychologically comfortable than seeing that we live in an unjust world where we could very easily become victim ourselves someday, and we select for that comfort over rational analysis.

In the early 1960s a social psychologist named Melvin Lerner discovered that test subjects had a curious tendency to assign blame for an unfortunate event to the victim -- even when said event couldn't logically have been their fault -- and to assign positive attributes to people who received good fortune -- even if their fortune was due solely to random chance. Lerner theorized that people have an unconscious need to organize their perceptions under the fallacious premise that the world is basically just, where good things tend to happen to good people and bad things tend to happen to bad people. Nothing in a rational analysis of our world tells us that this assumption is in any way true, but tests by Lerner and subsequent social psychologists have backed up his theory that most of us tend to interpret events through the lens of this irrational assumption anyway.

Related Topic(s): Assange; Censorship; Freedoms; Justice; Justice Denied; Karma; Peoples Choice; Propaganda; Reality; Trump, Add Tags
Add to My Group(s)
Go To Commenting
The views expressed herein are the sole responsibility of the author and do not necessarily reflect those of this website or its editors.