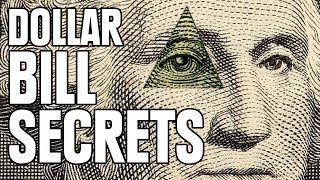 Neil Irwin had a New York Times article warning readers of the potential harm if the Fed loses its independence. The basis for the warning is that Donald Trump seems prepared to nominate Steven Moore and Herman Cain to the Fed, two individuals with no obvious qualifications for the job, other than their loyalty to Donald Trump. While Irwin is right to warn about filling the Fed with people with no understanding of economics, it is wrong to imagine that we have in general been well-served by the Fed in recent decades or that it is necessarily independent in the way we would want.

"The United States' role as the global reserve currency which results in persistently low interest rates and little fear of capital flight is built in significant part on the credibility the Fed has accumulated over decades.

"During the global financial crisis and its aftermath, for example, the Fed could feel comfortable pursuing efforts to stimulate the United States economy without a loss of faith in the dollar and Treasury bonds by global investors. The dollar actually rose against other currencies even as the economy was in free fall in late 2008, and the Fed deployed trillions of dollars in unconventional programs to try to stop the crisis."

On the issue of the dollar rising in the wake of the financial collapse in 2008, this was actually bad news for the U.S. economy. After the plunge in demand from residential construction and consumption following the collapse of the housing bubble, net exports was one of the few sources of demand that could potentially boost the U.S. economy. The rise in the dollar severely limited growth in this component.

The other example given is when Nixon pressured then Fed Chair Arthur Burns to keep interest rates low to help his re-election in 1972. This was supposed to have worsened the subsequent inflation and then severe recessions in the 1970s and early 1980s. The economic damage of that era was mostly due to a huge jump in world oil prices at a time when the U.S. economy was heavily dependent on oil.

While Nixon's interference with the Fed may have had some negative effect, it is worth noting that the economies of other wealthy countries did not perform notably better than the U.S. through this decade. It would be wrong to imply that the problems of the 1970s were to any important extent due to Burns keeping interest rates lower than he might have otherwise at the start of the decade.

Dr. Dean Baker is a macroeconomist and Co-Director of the Center for Economic and Policy Research in Washington, D.C. He previously worked as a senior economist at the Economic Policy Institute and an assistant professor at Bucknell University. (more...)
Related Topic(s): Dollar; Economy; Financial; Recession, Add Tags
Add to My Group(s)
Go To Commenting
The views expressed herein are the sole responsibility of the author and do not necessarily reflect those of this website or its editors.