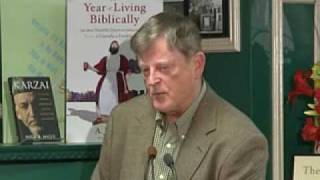 Last week a Wall Street Journal editorial revealed the incorrigible hypocrisy with which conservatives have long suffered. Conservatives, of course, have long suffered this malady with respect to domestic policy given their ardent devotion to Social Security, Medicare, foreign aid, and other welfare-state programs even while decrying the left's devotion to socialism. But this particular WSJ editorial revealed the incorrigible conservative hypocrisy with respect to foreign policy.

The editorial was entitled "Putin Pulls a Syria in Venezuela." The opening sentence is comical: "Vladimir Putin has made a career of intervening abroad and seeing if the world lets him get away with it."

Why is that sentence funny? Because it also describes ever single U.S. president for the last 100 years! Every president from Woodrow Wilson through today has made a career of intervening abroad and seeing if the world lets him get away with it. Indeed, the central feature of the U.S. government for the last 100 years has been and continues to be empire and foreign interventionism.

Why is that point humorous? Because the U.S. government, with the full support of conservatives, has also been intervening in both Syria and Venezuela! Thus, the Journal could just as easily have stated that "Putin pulls a U.S. in Syria and Venezuela," except, well, for one thing: The regimes in both countries invited Russia into their countries. The U.S. government, on the other hand, is intervening in both countries illegally with the intent of ousting both regimes from power and installing pro-U.S. regimes in their stead.

The Journal pointed out Russia's intervention in Crimea and Ukraine. Not surprisingly, the Journal failed to point out that after the end of the Cold War, NATO, that old Cold War-era dinosaur controlled by the U.S., proceeded to absorb former members of the Warsaw Pact and was threatening to absorb Ukraine, which would then have put U.S. forces on Russia's border. In the eyes of conservatives, that sort of interventionism just doesn't count because it's U.S. interventionism.

In fact, notice that conservatives, while lamenting Russian and Chinese support of Latin American countries hardly ever lament U.S. government support of European, Eastern European, and Asian countries. That's hypocrisy in its purest and most incorrigible form.

Venezuela is an independent country. As such, it has the right to seek and receive help from anyone it wants, including Russia, China, North Korea, or any other regime, Red or not. Conservative calls to put a stop to this process are a throwback to the old Cold War mindset that the Reds were coming to get us as part of the supposed worldwide communist conspiracy that was supposedly based in Moscow. That's what gave rise, of course, to the conversion of our federal government from a limited-government republic to a national-security state and to an even bigger expansion of an interventionist foreign policy.

That's in fact why the CIA, the Pentagon, and the NSA embarked on a decades-long policy of assassinations of foreign leaders, invasions, occupations, coups, partnerships with dictatorial regimes, torture, indefinite detention, sanctions, embargoes, regime-change operations, secret surveillance, and other dark-side practices. The national-security triumvirate said that all this dark-side activity was necessary to protect us and keep us safe from the Russians (i.e. Soviets), Chinese, North Koreans, North Vietnamese, Cubans, and other Reds. In other words, we had to become like the Reds in order to prevent them from taking control of the United States and teaching communism in America's public (i.e., government-owned) schools.

Which raises the important question: Simply because Russia, China, North Korea, or other foreign regimes engage in foreign interventionism, assassination, torture, secret surveillance, indefinite detention, or other dark-side practices, does that mean that the U.S. government must do the same as a defensive or protective measure?

The answer is no. The U.S. government should never have gone down the road to empire and foreign interventionism regardless of what the Reds were doing, and it should never have become a national-security state, which is a type of dark-side governmental structure that is inherent to totalitarian and authoritarian regimes.

The United States should restore its founding principles of a limited-government republic and a non-interventionist foreign policy regardless of what foreign regimes are doing. The U.S. should be leading the world to freedom by example, not by copying the Russians, Chinese, North Koreans, or Vietnamese.

Related Topic(s): Conservatives; Hypocrisy; Intervention; Invasion; Occupation, Add Tags
Add to My Group(s)
Go To Commenting
The views expressed herein are the sole responsibility of the author and do not necessarily reflect those of this website or its editors.