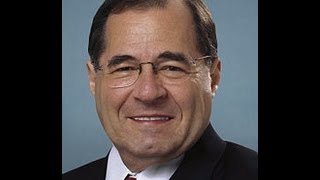 In dismissing a 2017 Emoluments Clause lawsuit against Donald Trump brought by Citizens for Responsibility and Ethics in Washington (CREW), Judge George B. Daniels of the Southern District of New York said in part:

"As the only political branch with the power to consent to violations of the Foreign Emoluments Clause, Congress is the appropriate body to determine whether, and to what extent, Defendant's conduct unlawfully infringes on that power ... If Congress determines that an infringement has occurred, it is up to Congress to decide whether to challenge or acquiesce to Defendant's conduct. As such, this case presents a non-justiciable political question."

The key phrase there being "non-justiciable political question."

Daniels had better be wrong or: a) The president really is above the law, and b) The rule of law is dead in America. It's important to note that CREW has appealed, and the appeal appears to have some traction. In addition, a separate Emoluments Clause lawsuit brought by the state of Maryland and the District of Columbia has cleared an important legal hurdle as Federal District Judge Peter Messitte has denied the Department of Justice's request to dismiss the case.

Judge Daniels's assertion, even if it does not stand, speaks to the heart of presidential privilege and insulation from the legal process. It is also revealing of the mindset that dominates the impeachment debate.

The overriding question for lawmakers and pundits alike is "What would be the political ramifications of an impeachment of President Trump?" The real question is "What do the facts and the Constitution dictate?" Who will follow the evidence wherever it goes? This is what the Constitution demands and what the American people have a right to expect. The Republicans, while in control of the House, have categorically put political considerations before the facts and the law. Where did it get them?

The facts are daunting. On obstruction, violations of campaign finance law and the Emoluments Clause, and tax evasion, the evidence is as overwhelming as it is unprecedented. What adds significant urgency is the National Security risk of leaving in office a president who appears to be beholden to a hostile foreign power.

An impeachment proceeding would originate in the House Judiciary Committee, likely under the guidance of now ranking member Jerrold Nadler and the leading candidate to be named chairman. It would fall to Nadler and the Democratic members of the committee to document the case in preparation for proceeding with impeachment. They are likely to get more interference from the Republican members than participation.

The facts clearly meet the high crimes and misdemeanors standard. The question for Democrats is the same question it was for the Republicans. One the Republicans got wrong. It's a political question, one of political will, and moreover one of national and global security.

As long as impeachment remains a matter of political theater, Donald Trump's reality-TV style is ideally suited to ride out the storm. If, however, it becomes an evidence-based prosecution of the facts, Donald Trump is in deep trouble.

Related Topic(s): Congress; Impeachment; Judiciary, Add Tags
Add to My Group(s)
Go To Commenting
The views expressed herein are the sole responsibility of the author and do not necessarily reflect those of this website or its editors.