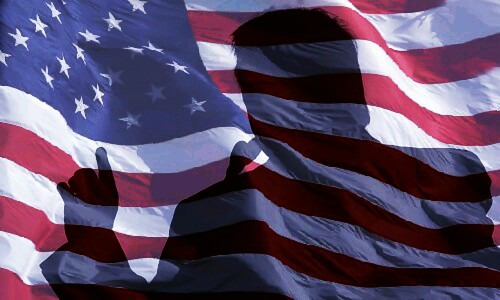 Don't let the title of this article fool you; I believe that Trump was declared the victor of the Electoral College and therefore is the legal president of the United States. However, the fact that OJ Simpson was acquitted of the murder of his wife and her friend, Ron Goldman, does not make him innocent. The fact that Trump too often plays the fool, that his campaign clearly colluded with the Russians in an effort to win the White House, and the most salient point, the fact that he lost the popular vote by nearly 3 million votes, makes him illegitimate.

Some may think this is too harsh, but the thin-skinned Trump is forever worrying about whether the press and people see him as legitimate. So much so he declared that Obama ordered a wiretap on Trump tower, an attempt to make it look like Clinton colluded with the president to ensure Trump's defeat. Trump declared that if it were not for voter fraud he would have won the popular vote as well--another fiction created by Trump to make himself feel legitimate. My question is why the Democrats aren't looking at all the voter-registration laws passed between 2008 and 2016 and try to determine how many legitimate voters were not allowed to cast ballots for Hillary Clinton? We know that Russian hackers gained access to voter registrations in at least 21 states; do we know if they removed or added anyone to the registration rolls? It seems while Trump wants to prove voter fraud it is more likely that states ended up keeping democratic voters away from the polls, meaning Clinton's popular-vote victory would have been much higher and that she likely would have legitimately won the electoral college if not for the new laws making registration more of an obstacle for minority voters.

Therefore, it is because of foreign influence, Trump's behavior as president, and most importantly, the loss of the popular vote that I consider him as an illegitimate president. He is like the criminal whom everyone knows is guilty but gets off because of a minor technicality. No one likes the fact that the criminal got off, some call for judicial reform so it doesn't happen again, but no one looks at the criminal as innocent. In the same vein, I believe most Americans do not see Donald Trump as a legitimate president. I am in the camp that wants to rid this country of the slavery-rooted Electoral College, which means that Trump would not have won the presidency on a technicality.

I have a PhD in Central Asian, Russian and Islamic History from the Univ. of Wisconsin. I enjoy political discussions and lean left.
Related Topic(s): Presidential Campaign Democratic, Add Tags
Add to My Group(s)
Go To Commenting
The views expressed herein are the sole responsibility of the author and do not necessarily reflect those of this website or its editors.

What the Democrats need to Do