In this episode clip (watch the full show here) Shahid Buttar outlines why he thinks the biggest enemy to the U.S. Constitution is a domestic enemy. Also, Kevin Zeese makes the point that the U.S. government is illegitimate.

"Every member of congress swears an oath of office to protect the constitution from enemies, foreign and domestic," explains Buttar "and the principle enemy to the U.S. Constitution is a domestic one with three letters. The only debate in my mind is whether it is the NSA or the FBI."

Kevin Zeese adds: "It's a harsh reality for the country to face. The corporate main-stream media's job is not to give us the truth but to give us the myth that we are the greatest democracy on earth, when in fact I think the democratic legitimacy of this country is disappearing. We just had Supreme Court Justice Stephen Breyer make that point in his dissent to the (Supreme Court) McCutcheon decision."

Shahid Buttar is the Executive Director of the Bill of Rights Defense Committee, a 2003 graduate of Stanford Law School, and has appeared in media outlets including the Intercept, the Guardian, the Washington Post, CNN, FOX News, Al-Jazeera, and the Baltimore Sun. He spoke about NSA spying at Johns Hopkins recently to a packed audience organized by the Hopkins human rights working group and the New Political Society.

Kevin Zeese is an attorney and political activist who works on peace, economic justice, criminal law reform, and reviving American democracy. He co-Directs It's Our Economy, serves on the steering committees of the Chelsea Manning Support Network, and is an organizer at PopularResistance.org.

Dennis Trainor, Jr. is a writer, filmmaker, producer, and activist. His documentary on the Occupy movement, American Autumn: an Occudoc, garnered critical praise from The New York Times, Variety, The Hollywood Reporter and more.  He also wrote and directed Legalize Democracy, a documentary short about the Movement To Amend the Constitution. 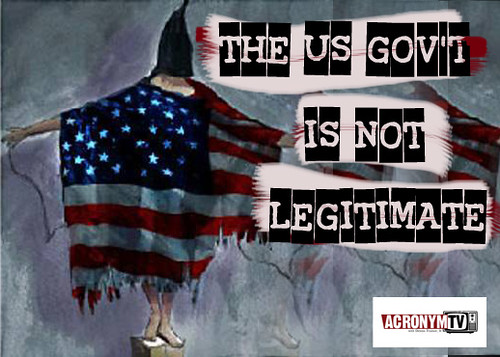 Dennis Trainor, Jr. is the creator and host of Acronym TV and the writer, director and producer of the documentary American Autumn: an Occudoc.
Related Topic(s): Debate; Federal Agency FBI; Government Accountability; Government Bullying; Government Crime; Government Criminals; Government Default; Government Incompetance; Government Intrusion; Government Lawlessness; (more...) Government Of The People; Government Takeover; Media; Truth, Add Tags  (less...)
Add to My Group(s)
Go To Commenting
The views expressed herein are the sole responsibility of the author and do not necessarily reflect those of this website or its editors.