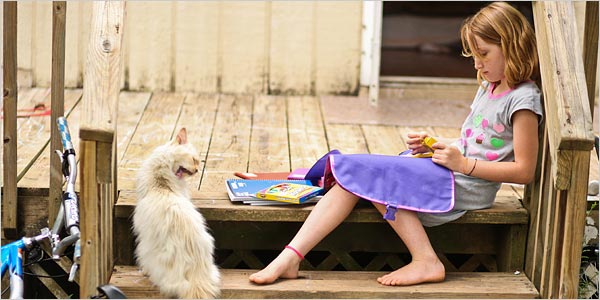 It has been about a month since my rescue from the street, I quickly became sissified, sanctified, civilized and satisfied. I am plagued though, by dreams at night of a past life and I find myself torn between the two worlds. Strange isn't it? How quickly we can salve over hurt and pave over pain. How a hot meal and a warm bed can make us forget the cold nights with a sandwich and potato chips.

I vowed that I would not forget, that I would never forget. With every shower and with every drop of hot water that runs down to my feet, I remember.  It is troubling for me, I am a combat soldier out of the combat zone and so it's hard to make others understand for I'm not sure that I still understand myself anymore.

Chomsky is of course correct, Obama's State of the Union speech ignored the millions of Americans in distress. Sixteen million unemployed, twelve million more foreclosed on or evicted and tossed out into the streets this year. Obama pretends that they don't exist, that's hope and change for you. George W. Bush was vilified for a slow response to hurricane Katrina. Obama has no response, other than to smile and tell us prosperity is just around the corner. Two BMW's in every Wall Street garage, two tax cuts for every bank.

I believe that I gave Mr. Obama a fair chance but as my own situation has recently improved, my mood towards the President has become more clouded and murky. I see him now as the con man to top the con man. The double sting, an American populace, suffering and angry at a Republican administration led by a smirking, inarticulate, maniacal, lawless, warlike leadership. Followed by Machiavelli's "Redeemer." Our Redeemer has given us an obfuscating, cryptic, lawless, warlike, leadership.

Obama is king of doublespeak, when he says alternative energy, he means nuclear. When he talks about invigorating the economy he means tax cuts for business and the wealthy. Like a sharpie running a three card Monty game he's always promising good things in the future but always answers, better luck next time. It is just as Chomsky says, "The guiding principle (for American government) is that as long as the public is under control, everything is fine," he said. "(The traditional argument is) the powerful should gain ends by any possible means. As long as the public is kept under control, public will doesn't matter."

So anyone who is not fine is ignored, cast off, disregarded but that's not good enough. Not good enough buy a damn sight! I was thinking the other day, about how many people I know that have lost their homes. How many, I thought, did I know who had lost their homes ten years ago? None, not a one! Estimates run as high as twenty five million foreclosures from 2007 to the end of 2011. That's an outrage and totally unacceptable and of this the President says... nothing?

The largest wealth transfer in the history of the United States, subsidized by the Treasury Department, the Federal Reserve and the FDIC and the President doesn't have one word to say about that? Then God Damn him to hell!

Not a word of remorse or compassion for the millions of Americans who have lost their homes in a crooked crap game. Conned, had, bamboozled and to forced to box up their belongings and leave behind their dreams. I've seen those boxes on the lawn, I've seen the sheriff's deputies standing with their hands on their hips. I've seen the toys and swings left behind in the yard and I've seen a President that doesn't have a god-damned word to say about that.

New York Times- "While current national data are not available, the number of schoolchildren in homeless families appears to have risen by 75 percent to 100 percent in many districts over the last two years, according to Barbara Duffield, policy director of the National Association for Education of Homeless Children and Youth, and advocacy group."

Think about that for a second, think about what it must be like to be ten or eleven years old and living in a shelter or in a basement and sleeping on a couch or a cot. Then think about the rage, shame and embarrassment felt by their parents. This is a new phenomenon in America, and then think about what that sanctimonious poser said about that the other night, "America has fallen to 9th in the proportion of young people with a college degree. And so the question is whether all of us - as citizens, and as parents - are willing to do what's necessary to give every child a chance to succeed."

This has become standard fare in America, blame the victims. You lost your job because the company folded up, that was your fault. You lost your home because you didn't predict that the company would fold up or you believed the bank, when they said that they would work with you. That's your fault too.

During the darkest days of the Depression the WPA operated a circus, it gave free shows across America. It gave jobs to circus performers and kept alive circus animals that otherwise would have perished. Think about what it was like for a child in those dark days to get to see the circus? Think about what it was like for a struggling parent to be able to take their child to that free circus. For just an hour or two to forget, to feel like everyone else. A hour of entertainment, a moment of joy and knowing that somewhere, someone was thinking about the children.

Today the struggling get lectures from the President on how we should me more like China. Lectures on the glories of the free market and innovation. While the Federal Reserve offers up free money to the banks paid for by you the struggling. The FDIC offers free financing and zero down payment on foreclosed properties repurchased by the same banks that foreclosed. All this and more for twenty two cents on the dollar! But for you the struggling, you get a lecture on how your not raising your kids right.

Related Topic(s): America; Banks; Depression; Government; Homelessness; Work, Add Tags
Add to My Group(s)
Go To Commenting
The views expressed herein are the sole responsibility of the author and do not necessarily reflect those of this website or its editors.