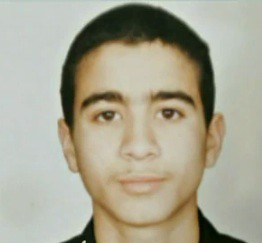 Pakistani national Naqib Ullah (also Naqibullah) was 14 years old and out doing an errand for his father when he was kidnapped from his village in Khan, Afghanistan by 11 men that called themselves, "Samoud's people." The men, according to Ullah, "forcibly raped him at gunpoint". He was taken back to the men's village encampment and "forced to do manual work."

Ullah was in the camp for three days when, in December 2002, US forces raided the camp. The group had been forewarned. They ordered Ullah and others to stay behind and fight US forces. He was captured and had a weapon but it had not been fired. He was transported to Guantanamo Bay, Cuba in January 2003 because the military believed he might have knowledge of "Taliban resistance efforts and local leaders."

This teenager is just one of twenty-two juveniles who wound up in Guantanamo. And, with the release of the Gitmo Files by WikiLeaks, more details on the capture, transfer, detention and release of juvenile detainees are becoming known.

Article 1 of the UN Convention on the Rights of the Child defines a child as "every human being below the age of eighteen years unless under the law applicable to the child, majority is attained earlier."

UN officials have called on the US to "respect the Optional Protocol to the Convention on the Rights of the Child," which "aims to increase the protection of children during armed conflicts. It requires that all States parties "take all feasible measures' to ensure that members of their armed forces under the age of 18 do not take a direct part in hostilities." The UN has tried to remind the US "that children under 18 are entitled to special protection and so any voluntary recruitment under the age of 18 must include sufficient safeguards." But, the Pentagon has effectively shrugged off the concerns of the UN in the same way they shrugged off the UN Special Rapporteur on Torture's concerns about Bradley Manning when he was being held at Quantico.

For example, eight years prior to the release of the Gitmo Files, then-Secretary of State Donald Rumsfeld, when asked about "the juveniles in Guantanamo," complained, "This constant refrain of "the juveniles," as though there's a hundred of children in there -- these are not children. Dick Myers responded to that. There are plenty of people who have been killed by people who were still in their teens."

Indeed, then-Chairman of the Joint Chiefs of Staff General Dick Myers did respond. This was his characterization of the children in Guantanamo:

I would say, despite their age, these are very, very dangerous people. They are people that have been vetted mainly in Afghanistan and gone through a thorough process to determine what their involvement was. Some have killed. Some have stated they're going to kill again. So they may be juveniles, but they're not on a little-league team anywhere, they're on a major league team, and it's a terrorist team. And they're in Guantanamo for a very good reason -- for our safety, for your safety.

These remarks represent the Pentagon's disregard for the reality that "juveniles" or children might be armed and exploited by terrorist groups. They may have no way out. They may be assaulted sexually or violently if they refuse to fight.

Seventeen year-old Abdullah R. Razaq was with a group of thirty-one other "Arabs, which consisted mostly of Usama Bin Laden bodyguards," when Pakistani authorities captured him in December 2001. He was transferred to a prison facility in Peshawar and then transferred into the custody of US forces on December 26, 2001, and transported to Kandahar.

His continued detention rests on JTF-GTMO's assessment that he is "an al-Qaida member" and has "associated with numerous other al-Qaida members, including senior al-Qaida operatives." It also rests on JTF-GTMO's assessment that he was "selected and prepared by al-Qaida senior leadership for a special mission to attack US forces at PSAB in Saudi Arabia" and is "a former member of UBL's 55th Arab Brigade who engaged in combat action against US and Coalition forces at Tora Bora."

Razaq, however, denies being a member of al-Qaida. JTF-GTMO's "Evaluation of Detainee's Account," reads:

Detainee has denied that he was a member of al-Qaida, but admitted that he traveled to Afghanistan to join the jihad and become a martyr, trained extensively at al-Qaida training camps, was selected by senior al-Qaida leaders for a mission to attack PSAB, and fought on the Bagram battle lines. He has also acknowledged having been present at Tora Bora during meetings of senior al-Qaida commanders during the battle. Detainee has reported about his brother SA-231, and has provided much of what is known about SA-231's timeline. However, he continues to omit specific details regarding SA-231's activities and his associates at Tora Bora, and has not acknowledged being a UBL bodyguard or a member of UBL's security detail. He has provided very little information of value about UBL, Sayf al-Adl, or other senior al-Qaida figures to whom he had access, and it is not clear whether he has no valuable information about them or if he is deliberately withholding important information. Detainee has been generally cooperative, though he has used resistance techniques to protect certain past activities and associates, such as periodically changing his account and filling in recent chronological gaps in his timeline with activities conducted at earlier times.

Kevin Gosztola is managing editor of Shadowproof Press. He also produces and co-hosts the weekly podcast, "Unauthorized Disclosure." He was an editor for OpEdNews.com
Related Topic(s): Children; Detainees; Gitmo Files; Guantanamo; Guantanamo Prison; Pentagon; Taliban; Torture; Wikileaks; Wikileaks, Add Tags
Add to My Group(s)
Go To Commenting
The views expressed herein are the sole responsibility of the author and do not necessarily reflect those of this website or its editors.