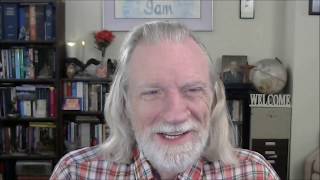 I just heard from Tom Feeley:

"I have been unable to determine why the website has been suspended, I have sent lots of, emails, telephone calls and faxes and have not received any response.

"The really frustrating thing is that I am locked out of the C panel and am unable to access files I need in order to migrate to another company's servers.

"It's frustrating and infuriating that a company would treat a customer of 18 years in such away, without warning.

"Thankfully, ICH supporters with tech abilities are assisting me and I hope that by Monday everything will be back to normal."

Moreover, ethically, the host company should provide time for ICH to transfer to a new host.

If this is an action by the host, Tom should tell us who is the host so that everyone can protest and boycott that company. Indeed, the host might be subject to legal action.

It is possible that the host is not responsible and does not know the explanation. ICH's disappearance could be the work of an immature and narcissist hacker amusing himself by causing trouble for others. It could be the work of the CIA, NSA, or Israel Lobby, or some Identity Politics freak. It could be a glitch of the digital world -- just wait until there are self-driving cars. You can't trust the digital world any more than you can trust CNN, MSNBC, NPR, the New York Times, Washington Post, Washington or London.

We can take for granted that there will be determined attacks on all truth-tellers as they challenge the controlled explanations that those who rule use to hide their real agendas. Not long ago all of the interviews on my site disappeared. Fortunately, it was possible to recover them and provide additional backup.

The cost both personal and financial of providing alternative explanations to the controlled ones is rising. If readers don't support the sites that are willing to take on the challenges and risks of trying to ascertain and tell the truth, truth will disappear.

Truth might disappear anyway. Consider that Julian Assange has been framed by Washington -- which is determined to destroy WikiLeaks for telling the truth -- and essentially imprisoned for many years in the Ecuadoran embassy in London. The presstitute media, instead of defending the constitutional right and responsibility of journalists to hold governments accountable, instead worked hand in hand with tyrants to destroy Julian Assange. Yet there are still large numbers of insouciant fools who rely on these presstitutes for their information.

In addition to the growing censorship, I have noticed among younger generations the disappearance of the very concept of objective truth. They see truth as the mere expression of some identity interest. There are racial truths, gender truths, sexual preference truths, and apparently also age truths. The younger ages, or many of them, cannot tell the difference between an explanation and a justification. If you explain something to them, they think you are defending it, or endorsing it, and that it is your belief. In other words, communication on the basis of facts and logical explanation becomes impossible.

I think much of the Western world has sunk into this mind-frame, which might also be the case in the rest of the world.

Related Topic(s): Assange; Brainwashing; Opposition; Presstitutes; Truth; Website, Add Tags
Add to My Group(s)
Go To Commenting
The views expressed herein are the sole responsibility of the author and do not necessarily reflect those of this website or its editors.