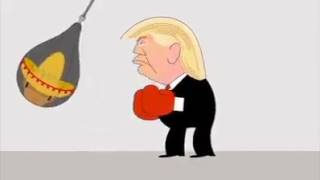 Announcement: Donald Trump is no longer the president of the United States

Oh sure, he has the title and he has the bully pulpit -- from which he's bullying everyone from NBA players to people protesting white supremacists to DACA kids.

But he's not actively governing the United States. That work is happening elsewhere -- in Congress, the courts, the Fed, the career civil service, lobbyists, and in the states. Or it's not happening at all.

The budget Trump submitted to Congress in March was dead on arrival. House Republicans ignored Trump's request for $54 billion in cuts to departments and agencies and decided instead to cut non-defense spending by just $5 billion, and explode the defense budget.

The nine-page tax plan congressional Republicans and Trump unveiled last week only vaguely resembles Trump's original tax proposal from April, and all the important decisions have been left to the tax-writing committees of Congress.

Trump's relations with Senate Majority Leader Mitch McConnell and House Speaker Paul Ryan have become so strained they have no interest in looping him into policies before they have to.

Meanwhile, Trump has run out of Obama executive orders he can declare void. Major regulations, such as the EPA's Clean Power Plan, can't just be repealed. They have to go through a legal process that could take years.

Trump doesn't seem to be aware of this. He told a cheering crowd in Alabama recently that he had ended the Clean Power Plan by executive order. "Did you see what I did to that? Boom, gone."

Nope. The EPA will soon reveal its strategy for reversing the Plan, but whatever it is, environmental groups are almost certain to appeal it in the courts. Big businesses and utilities, fearing that the courts may rule against the administration, are lobbying the EPA to come up with a replacement rather than try to eliminate the Plan altogether.

Although General John Kelly has reduced White House chaos somewhat, the firings and shakeups are unremitting.

Trump's Cabinet secretaries don't seem to have a clue. Education Secretary Betsy DeVos still wants to spend taxpayer money on for-profit schools and colleges that cheat their students. Won't happen. The EPA's Scott Pruitt is trying to strip the agency of scientists. Another brainless scheme.

Treasury Secretary Steve Mnuchin still has no idea how to deal with Congress. He tried to persuade Republican House members to support Trump's budget deal with the Democrats by asking them to do it "for me."

Health and Human Service Secretary Tom Price wasn't fired for his ethical breaches. If ethics were the criteria, most of the Trump administration would be gone. Price broke Trump's cardinal rule, which was never to get bad headlines for Trump.

Related Topic(s): Dump Trump; Trump Attacks Athletes; Trump Attacks Media; Trump Ego; Trump Idiot-in-chief, Add Tags
Add to My Group(s)
Go To Commenting
The views expressed herein are the sole responsibility of the author and do not necessarily reflect those of this website or its editors.