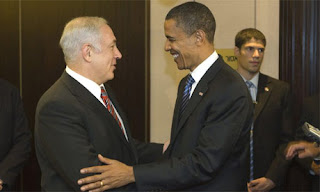 When heads of state convene, gifts are exchanged. So far, despite distributing an iPod, a stack of DVDs, and a rare copy of the "Star-Spangled Banner," President Barack Obama has received a couple of old books from his counterparts.

On April 18th, during a meeting with South American leaders, Venezuelan president Hugo Chavez presented Obama with a copy of Open Veins of Latin America: Five Centuries of the Pillage of a Continent by Uruguayan author Eduardo Galeano. The book, first published in 1971, is a damning critique of the consequences of five centuries of European and US colonization and exploitation of Latin America, at one point stating, "Our defeat was always implicit in the victory of others; our wealth has always generated our poverty by nourishing the prosperity of others."

The book, considered a classic of anti-imperial criticism in South America and beyond, presents a forthright account of the perils and destructive nature of Empire and is a work any American would do well to pay attention to and learn from.

In stark contrast, where Chavez gives knowledge, Benyamin Netanyahu offers only farce. During their first meeting as elected leaders on Monday, the Israeli Prime Minister gave Obama a copy of Mark Twain's "Pleasure Excursion to the Holy Land," an excerpt from his famous 1967 travelogue, The Innocents Abroad.

The gift is presumably meant to strengthen the Israeli argument for continued Jewish control of the Levant, as the book itself presents a bleak picture of Palestine under Arab control and describes Muslims as "a people by nature and training filthy, brutish, ignorant, unprogressive, superstitious," and whose "natural instinct do not permit them to be moral."

In his account, Twain, one of the most beloved and respected American literary voices, notes the seeming emptiness of the Holy Land when he describes Palestine as "A desolate country whose soil is rich enough, but is given over wholly to weeds - a silent mournful expanse...A desolation is here that not even imagination can grace with the pomp of life and action..." On the road to Jerusalem ("...more stupid hills beyond - more unsightly landscape - no Holy City"), Twain writes, "We never saw a human being on the whole route...hardly a tree or shrub anywhere. Even the olive tree and the cactus, those fast friends of a worthless soil, had almost deserted the country."

He also decries the environment as "monotonous and uninviting," "desolate and unlovely," and states that

"Of all the lands there are for dismal scenery, I think Palestine must be the prince. The hills are barren, they are dull of color, they are unpicturesque in shape. The valleys are unsightly deserts fringed with a feeble vegetation that has an expression about it of being sorrowful and despondent...Every outline is harsh, every feature is distinct, there is no perspective - distance works no enchantment here. It is a hopeless, dreary, heart-broken land."

Upon reaching the Holy City ("So small!"), which he describes as "the goal of our crusade," Twain writes, "Renowned Jerusalem itself, the stateliest name in history, has lost all its ancient grandeur, and is become a pauper village" and blames the decrepitude and dilapidation on its then-Arab authorities:

"It seems to me that all the races and colors and tongues of the earth must be represented among the fourteen thousand souls that dwell in Jerusalem. Rags, wretchedness, poverty and dirt, those signs and symbols that indicate the presence of Moslem rule more surely than the crescent-flag itself, abound...Jerusalem is mournful, and dreary, and lifeless. I would not desire to live here."

Netanyahu's intention is obvious. Before the Jew's "reclaimed" their rightful land under the banner of Israel, the Holy Land was in shambles and had almost no population to speak of. Since the Zionist movement of the late nineteenth century (illegal immigration), the establishment of a Jewish State (ethnic cleansing), and the subsequent conquering of the rest of historical Palestine in 1967 (brutal, dehumanizing occupation), Netanyahu seems to argue, the splendor has been restored to the Levant a mere hundred years after Twain visited. In that time, in essence, the return of the Jews has made the desert bloom.

Hopefully, Barack Obama is not an uninformed dullard (though, so far, there is scant evidence to the contrary) and will view the Israeli Prime Minister's gift with a critical eye and some insight into both its giver and its author.

Netanyahu's right-wing government is intent on maintaining the Israeli stranglehold of occupation and bantustanization in the West Bank and the humanitarian devastation and bombing of civilians in Gaza. In addition to constantly advocating for a US-supported Israeli attack on Iran's nuclear enrichment research facilities (along with requisite collateral civilian damage), Middle East expert Juan Cole adds  that Netanyahu "absolutely does not under any circumstances want a Palestinian state or to be forced to withdraw Israeli squatters from the Palestinian territories that they have been colonizing since 1967 (unlike most of Israel proper, the UN never awarded that territory to Israel, nor has it been recognized implicitly by international treaties, as Egypt's Camp David accords implicitly recognized 1949 Israeli borders.)"

The recognition of Israel as a "Jewish" state is of paramount importance to Netanyahu. Not only would this affirm the ethnic superiority of Jewish citizens of Israel over all others, but it would also destroy the dreams of Palestinian refugees who still hold out hope that they will someday be permitted to return to the land of their ancestry, if not birth. In seeking to confirm Jewish Israeli hegemony over Palestine (including the opposition to Palestinian sovereignty in any future independent nation of their own), Netanyahu has chosen to use familiar Zionist propaganda to make his case to the American president.

The promotion of Twain's "Pleasure Excursion to the Holy Land" by Netanyahu as a demographic survey - arguing against an established population of indigenous people in Palestine before the Zionist invasion - recalls long-debunked methods of Israeli apologia for Jewish colonialization of the Holy Land. John Kearney writes on Mondoweiss:

In 1984 Joan Peters' From Time Immemorial was published, and Twain's satire, The Innocents Abroad was thus canonized in the Zionist effort to erase the history of Arabs in Palestine. Peters argued that Palestine was effectively empty until Jewish Zionists came on the scene in the late 19th century, and that Arabs then emigrated from surrounding lands to take advantage of economic opportunities provided by the Zionists. Hence, the Arabs are "arrivistes," have no legitimate claim to be refugees.

What seems to be completely misunderstood by fraudulent "historians" such as Peters and uninspired plagiarists like Alan Dershowitz, who use Twain's travel writing as some sort of justification for the Zionist enterprise, is that Mark Twain was a satirist. He wrote satire. Employing all manner of sarcasm and exaggeration, Twain dissected his subjects and exposed the many shortcomings, contradictions, and failings of humanity. Twain's The Innocents Abroad is not supposed to be an educational travelogue; it is instead one of the first expositions of the "ugly American tourist" and how those ignorant of the world outside their windows impose their own skewed and bigoted view on new, exciting experiences. As such, Twain describes his "pleasure trip" across Europe and Near East among dull middle-aged Americans as "a funeral excursion without a corpse." 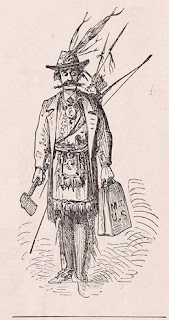 (Image by Unknown Owner)   Details   DMCA
The real focus of Twain's traveling narrator is on revealing the annoyance, arrogance, and sanctimony of the American "pilgrim" in the Holy Land, rather than lambasting the land itself, or the people who dwell there. This pilgrim - the now-stereotypical American tourist - is described as rude, ill-mannered, and always talking "very loudly and coarsely." The narrator's own stubbornness and nescience is apparent when he makes a mistake in identifying "the spot where David and Goliah used to sit and judge the people," equivocating and eschewing responsibility for the error by claiming that "a pilgrim informs me that it was not David and Goliah, but David and Saul. I stick to my own statement - the guide told me, and he ought to know." It is with this in mind that Twain leads us on an exploratory expedition to lands largely unknown to his American readership at the time.

When Peters, Dershowitz, or Netanyahu rely on, as Kearney says, "Twain's savaging portrayal of the Holy Land as a filthy, backwards, empty place" in order to justify Zionist colonization and domination, they totally misinterpret the purpose of the book and wind up proving Twain hypothesis of the baffling ignorance of the Western mind in the process. "Peters makes no effort," Kearney explains, "to contextualize Twain's remarks: namely, that he was skewering nineteenth century America's sacred cows about the glories of Europe and the sacredness of the Holy Land."

Nima Shirazi is a writer and a musician. He is a contributing commentator for Foreign Policy Journal and Palestine Think Tank. His analysis of United States policy and Middle East issues, particularly with reference to current events in Iran, Israel and Palestine, can be (more...)
Related Topic(s): Gifts; History; Israel; Obama Middle East Policy; Palestine, Add Tags
Add to My Group(s)
Go To Commenting
The views expressed herein are the sole responsibility of the author and do not necessarily reflect those of this website or its editors.