Anne Petermann is the Executive Director of Global Justice Ecology Project. She is also the Coordinator of the Campaign to STOP GE Trees; the North American Focal Point for the Global Forest Coalition; and a member of the Board of Directors of the Will Miller Social Justice Lecture Series.

She has been involved in movements for forest protection and Indigenous rights since 1991, and the international and national climate justice movements since 2004. She co-founded the Eastern North American Resource Center of the Native Forest Network in 1993, and the STOP GE Trees Campaign in 2004. She also participated in the founding of the Durban Group for Climate Justice in 2004 and Climate Justice Now! in 2007 at the Bali UN Climate Conference. In 2008, Global Justice Ecology Project spearheaded the founding of the North American Mobilization for Climate Justice.

In 2000 she received the Wild Nature Award for Activist of the year. 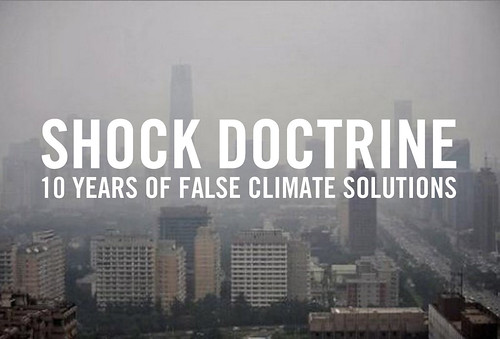 Dennis Trainor, Jr. is the creator and host of Acronym TV and the writer, director and producer of the documentary American Autumn: an Occudoc.
Related Topic(s): Climate; Climate Change; Climate Change Agreement; Climate Change Costs; Climate Change Deniers; Climate Crisis; Climate Gap; Climate Modeling; Climate Wars; Climate-change Exit Strategy; (more...) Ecology, Add Tags  (less...)
Add to My Group(s)
Go To Commenting
The views expressed herein are the sole responsibility of the author and do not necessarily reflect those of this website or its editors.