" When the doctrine of allegiance to party can utterly up-end a man's moral constitution and make a temporary fool of him besides, what excuse are you going to offer for preaching it, teaching it, extending it, perpetuating it? Shall you say, the best good of the country demands allegiance to party? Shall you also say it demands that a man kick his truth and his conscience into the gutter, and become a mouthing lunatic, besides?"
-Mark Twain 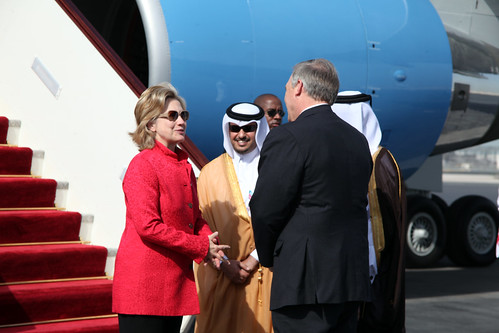 I'll be casting a vote for Jill Stein, Green Party, in the closed CA primary.

We move now into the browbeating phase of the 2016 Presidential Election circus. Democrats are out in force today telling you that you must cheerlead for Hillary Rodham Clinton because: Trump Monster.

This was Plan A all along. It is the usual. It is a cliche. It is an abomination: the greater evil. A system that can only produce evil is an evil system, supported--it would seem--by evil people, whether mindless or mindful of their own actions. The bodies pile up regardless. In the final distillation, there are many, many evil people inhabiting this country.

I can say that openly because I'm not running for office. I'll not name names, and there are too many to count, their pleas sure to pile upon one another as the conventions approach. Today it's an assault on Bernie Sanders' supporters. Tomorrow, perhaps the Green Party will be under attack with the same fear-based propaganda.

What is true evil? Half a million dead Syrians, for starters, and the American populace remains pig ignorant of their own government's role in that slaughter. Barack Obama can do no wrong, facts be damned. Obama's foreign policy continues the "friendship" with the most vile, murderous, psychotic, terror-supporting regimes on the planet. For some reason that isn't considered an issue for Democrats where the same behavior was problematic when Bush did it.

Hillary was on the same side as the Jihadists in Libya, 2011, where the US illegally bombed the government forces there and allowed radical Sunni brigades to take over much of the country. Today they are ISIS in Libya. Heckuva job.

That's not even an issue for today's Democrats. How can such crass, nauseating hypocrisy pass as normal? The only response that adds up is: evil. These are evil people living comfortably, smugly complacent and without consciences.

Self-delusion is immoral. That's why I could never again be a Democrat. The two parties are criminal syndicates, protection rackets. I was burned badly enough by Slick Willie in the 90s. He seemed a welcome relief from the Reagan/Bush reign of terror, but Bill was never what he seemed to be. Clinton's imperial aggression continued covertly.