Netanyahu's coalition is rife with such morally-objectionable characters. 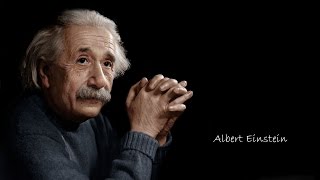 Albert Einstein, along with other Jewish luminaries, including Hannah Arendt, published a letter in the New York Times on December 4, 1948. That was only a few months after Israel had declared its independence and as hundreds of Palestinian villages were being actively demolished after their inhabitants were expelled.

Herut was carved out of the Irgun terrorist gang, famous for its many massacres against Palestinian Arab communities leading up to the Nakba, the catastrophic ethnic cleansing of the Palestinian people from their historic homeland in 1947-48.

In the letter, Einstein, and others described Herut (Freedom) party as a "political party closely akin in its organization, methods, political philosophy and social appeal to Nazi and Fascist parties."

For a letter of this nature to appear a mere few years after the end of World War II and the devastation of the Holocaust is a profound indication of the clear chasm that existed among Jewish intellectuals at the time: the Zionists who supported Israel and its violent birth, and those who took the high moral ground and objected to it.

Sadly, the latter group -- although still in existence -- had lost the battle.

Herut later merged with other groups to form the Likud Party. Begin received the Nobel Peace Prize and the Likud is now the leading party in Israel's most right-wing government coalition. The "Nazi and Fascist"-like philosophy of Herut has prevailed, and it now engulfs and defines mainstream society in Israel.

This right-wing tendency is even more pronounced among young Israelis than previous generations.

In response to ongoing popular protests by besieged Palestinians in Gaza, and in justification of the high number of deaths and injuries inflicted on the unarmed protesters by the Israeli army, Lieberman argued that "there are no innocent people in Gaza."

When the Defense Minister of a country espouses this kind of belief, one can hardly be shocked that Israeli snipers are shooting Palestinian youngsters, while cheering on camera as they hit their target.

Related Topic(s): Israel 1948; Israel Attacks Gaza; Israeli Apartheid; Likud; Nakba; Violence; Zionists, Add Tags
Add to My Group(s)
Go To Commenting
The views expressed herein are the sole responsibility of the author and do not necessarily reflect those of this website or its editors.