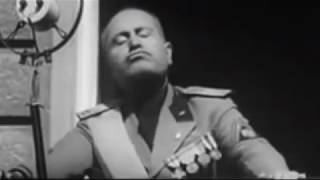 In the age of Trump, history neither informs the present nor haunts it with repressed memories of the past. It simply disappears. Memory has been hijacked. This is especially troubling when the "mobilizing passions" of a fascist past now emerge in the unceasing stream of hate, bigotry, lies and militarism that are endlessly circulated and reproduced at the highest levels of government and in powerful conservative media, such as Fox News, Breitbart News, conservative talk radio stations and alt-right social media. Power, culture, politics, finance and everyday life now merge in ways that are unprecedented and pose a threat to democracies all over the world. This mix of old media and new digitally driven systems of production and consumption are not merely systems, but ecologies that produce, shape and sustain ideas, desires and modes of agency with unprecedented power and influence. Informal educational apparatuses, particularly the corporate-controlled media, appear increasingly to be on the side of tyranny. In fact, it would be difficult to overly stress the growing pedagogical importance of the old and new media and the power they now have on the political imaginations of countless Americans.

This is particularly true of right-wing media empires, such as those owned by Rupert Murdoch, as well as powerful corporate entities such as Clearwater, which dominates the radio airwaves with its ownership of over 1,250 stations. In the sphere of television ownership and control, powerful corporate entities have emerged, such as Sinclair Broadcast Group, which owns the largest number of TV stations in the United States. In addition, right-wing hosts, such as Rush Limbaugh and Sean Hannity have an audience in the millions. Right-wing educational apparatuses shape much of what Americans watch and listen to, and appear to influence all of what Trump watches and hears.

The impact of conservative media has had a dangerous effect on American culture and politics, and has played the most prominent role in channeling populist anger and electing Trump to the presidency. We are now witnessing the effects of this media machine. The first casualty of the Trump era is truth, the second is moral responsibility, the third is any vestige of justice, and the fourth is a massive increase in human misery and suffering for millions.

Instead of refusing to cooperate with evil, Americans increasingly find themselves in a society in which those in commanding positions of power and influence exhibit a tacit approval of the emerging authoritarian strains and acute social problems undermining democratic institutions and rules of law. As such, they remain silent and therefore, complicit in the face of such assaults on American democracy.

Ideological extremism and a stark indifference to the lies and ruthless policies of the Trump administration have turned the Republican Party into a party of collaborators, not unlike the Vichy government that collaborated with the Nazis in the 1940s. Both groups bought into the script of ultra-nationalism, encouraged anti-Semitic mobs, embraced a militant masculinity, demonized racial and ethnic others, supported an unchecked militarism and fantasies of empire, and sanctioned state violence at home and abroad.

This is not to propose that those who support Trump are all Nazis in suits. On the contrary, it is meant to suggest a more updated danger in which people with power have turned their backs on the cautionary histories of the fascist and Nazi regimes, and in doing so, have willingly embraced authoritarian messages and tropes. Rather than Nazis in suits, we have a growing culture of social and historical amnesia that enables those who are responsible for the misery, anger and pain that has accompanied the long reign of casino capitalism to remain silent for their role and complicity in the comeback of fascism in the United States. This normalization of fascism can be seen in the way in which language that was once an object of critique in liberal democracies loses its negative connotation and becomes the opposite in the Trump administration. Politics, power and human suffering are now framed outside of the realm of historical memory. What is forgotten is that history teaches us something about the transformation and mobilization of language into an instrument of war and violence. As Richard J. Evans observes in his The Third Reich in Power:

"Words that in a normal, civilized society had a negative connotation acquired the opposite sense under Nazism ... so that 'fanatical,' 'brutal,' 'ruthless,' 'uncompromising,' 'hard' all became words of praise instead of disapproval... In the hands of the Nazi propaganda apparatus, the German language became strident, aggressive and militaristic. Commonplace matters were described in terms more suited to the battlefield. The language itself began to be mobilized for war."

Fantasies of absolute control, racial cleansing, unchecked militarism and class warfare are at the heart of much of the American imagination. This is a dystopian imagination marked by hollow words, an imagination pillaged of any substantive meaning, cleansed of compassion and used to legitimate the notion that alternative worlds are impossible to entertain. There is more at work here than shrinking political horizons. What we are witnessing is a closing of the political and a full-scale attack on moral outrage, thoughtful reasoning, collective resistance and radical imagination. Trump has normalized the unthinkable, legitimated the inexcusable and defended the indefensible.

Of course, Trump is only a symptom of the economic, political and ideological rot at the heart of casino capitalism, with its growing authoritarianism and social and political injustices that have been festering in the United States with great intensity since the late 1970s. It was at that point in US history when both political parties decided that matters of community, the public good, the general welfare and democracy itself were a threat to the fundamental beliefs of the financial elite and the institutions driving casino capitalism. As Ronald Reagan made clear, government was the problem. Consequently, it was framed as the enemy of freedom and purged for assuming any responsibility for a range of basic social needs. Individual responsibility took the place of the welfare state, compassion gave way to self-interest, manufacturing was replaced by the toxic power of financialization, and a rampaging inequality left the bottom half of the US population without jobs, a future of meaningful work or a life of dignity.

Trump has added a new swagger and unapologetic posture to this concoction of massive inequality, systemic racism, American exceptionalism and ultra-nationalism. He embodies a form of populist authoritarianism that not only rejects an egalitarian notion of citizenship, but embraces a nativism and fear of democracy that is at the heart of any fascist regime.

How else to explain a sitting president announcing to a crowd that Democratic Party congressional members who refused to clap for parts of his State of the Union address were "un-American" and "treasonous"? This charge is made all the more disturbing given that the White House promoted this speech as one that would emphasize "bipartisanship and national unity." Words carry power and enable certain actions; they also establish the grounds for legitimating repressive policies and practices. Such threats are not a joking matter and cannot be dismissed as merely a slip of the tongue. When the president states publicly that his political opponents have committed a treasonous act -- one that is punishable by death -- because they refused to offer up sycophantic praise, the plague of fascism is not far away. His call for unity takes a dark turn under such circumstances and emulates a fascist past in which the call for political unity transforms quickly into the use of force and exclusionary violence to impose the authority of a tyrannical regime.

In Trump's world, the authoritarian mindset has been resurrected, bent on exhibiting a contempt for the truth, ethics and alleged human weakness. For Trump, success amounts to acting with impunity, using government power to sell or to license his brand, hawking the allure of power and wealth, and finding pleasure in producing a culture of impunity, selfishness and state-sanctioned violence. Trump is a master of performance as a form of mass entertainment. This approach to politics echoes the merging of the spectacle with an ethical abandonment reminiscent of past fascist regimes. As Naomi Klein rightly argues in No Is Not Enough, Trump "approaches everything as a spectacle" and edits "reality to fit his narrative."

As the bully-in-chief, he militarizes speech while producing a culture meant to embrace his brand of authoritarianism. This project is most evident in his speeches and policies, which pit white working- and middle-class males against people of color, men against women, and white nationalists against various ethnic, immigrant and religious groups. Trump is a master of theater and diversion, and the mainstream press furthers this attack on critical exchange by glossing over his massive assault on the planet and enactment of policies, such as the GOP tax cuts, which are willfully designed to redistribute wealth upward to his fellow super-rich billionaires. Trump's alleged affair with adult film star Stormy Daniels garners far more headlines than his deregulation of oil and gas industries and his dismantling of environment protections.

Economic pillage has reached new and extreme levels and is now accompanied by a ravaging culture of viciousness and massive levels of exploitation and human suffering. Trump has turned language into a weapon with his endless lies and support for white nationalism, nativism, racism and state violence. This is a language that legitimates ignorance while producing an active silence and complicity in the face of an emerging corporate fascist state.

Related Topic(s): Danger; Fascism; Politics; Trump Cruelty; Trump Dangerous, Add Tags
Add to My Group(s)
Go To Commenting
The views expressed herein are the sole responsibility of the author and do not necessarily reflect those of this website or its editors.