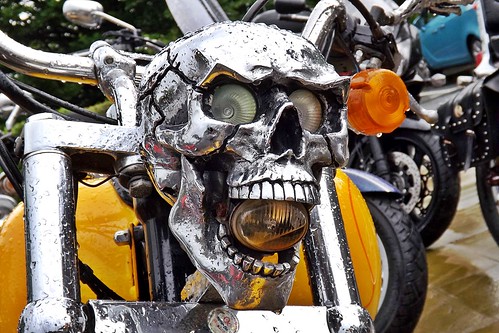 TTThe Rittenhouse verdict sent a shudder through America as terrorists and vigilantes celebrated: one rightwinger called for wholesale slaughter of Democrats saying on Telegram, "The left won't stop until their bodies get stacked up like cord wood."

On Facebook, rightwing sites celebrating the verdict were the most popular nationwide by a factor of 9 to 1.

The parents of Anthony Huber, who Rittenhouse killed as Huber tried to disarm him, put out a public statement that said, in part:

"Today's verdict means there is no accountability for the person who murdered our son. It sends the unacceptable message that armed civilians can show up in any town, incite violence, and then use the danger they have created to justify shooting people in the street."

A rightwing militia group in New York celebrated in the streets and then put a punctuation mark on their disdain for the law and simple rules of a civil society by entering the NY subway system through the emergency exit, bypassing the toll booths. "Rules don't apply to us!" they seemed to be shouting, along with, "You can't stop us!"

Trump wannabees in public office who are still trying to capture the white supremacist and white nationhood vote have doubled down on his strategy of fear, hate, and vigilantism.

Florida Governor Ron DeSantis, for example, recently signed into law legislation that gives legal protections to people who drive their cars into protesters in the street, and defines everybody in any protest as a criminal felon if anybody in that protest breaks a window or engages in other illegal activity.

With DeSantis and other Republican governors pre-exonerating people like the driver who viciously killed Heather Heyer and vigilante protest shooters like Rittenhouse, many are worried that we're entering a new era where vigilante shooters and drivers-into-crowds will become as normalized and accepted as Amy Vanderpool documents how normalized daily mass shootings have become in America.

Laws similar to Florida's have been passed or are pending in numerous Republican-controlled states, presumably in anticipation of citizen protests when those states use their newly passed laws to overturn the will of voters in the 2022 and 2024 elections. Object to your politicians handing an election they lost to themselves? You go straight from the streets to the jail, just like in tinhorn dictatorships.

There's always been a fringe movement of violent white supremacist vigilantes in America, particularly since the end of the Civil War, but they've never before been embraced by or succeeded in capturing a political party. Today, astonishingly, that's the case in our country.

So, what's motivating today's vigilantes and the police who often aid and support them, as in the Rittenhouse case?

Related Topic(s): Death With Dignity; Fear; Republican; Vigilantes Vigilantism, Add Tags
Add to My Group(s)
Go To Commenting
The views expressed herein are the sole responsibility of the author and do not necessarily reflect those of this website or its editors.