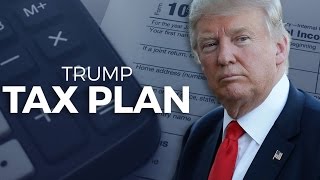 President Trump and congressional Republicans are on course to do to America's finances what Donald Trump did to Atlantic City -- use other people's' money to pad their own pockets, while bleeding the surrounding economy dry.

It is indisputable that Trump made sure he was skimming off of his New Jersey casino operations -- forcing them to buy Trump bottled water, for example -- while Trump's "casino empire lost more than $1.1 billion," as Fortune magazine reported in 2016.

Nearly three decades earlier, Trump defaulted on a $245 million loan to start Trump airlines, as Rolling Stone reported in a 2015 piece that listed his "13 biggest" business failures. Trump indisputably paid himself using loans and investor's money, while failing to deliver on his over-promises.

But now the conmander-in-chief is telling Americans that they are on track to get the biggest tax cuts in decades. But Trump's not saying how his trillions in tax cuts will be paid for -- apart from vaporous promises of vast economic growth -- just as Republicans in Congress are saying they will ignore their non-partisan fiscal analysts' reports on its impact across government -- reports by professional economists. (On Friday, the GOP Senate's budget blueprint authorized a $1.5 trillion cut.)

Add to that the just-passed Pentagon budget, increased by more than $1 billion a week, and the unknown multi-billion cost for hurricane relief for Texas, Florida and (eventually) Puerto Rico, and a pragmatic question emerges: who will foot the bill when the biggest spending spree of Trump's life comes to a close?

"You're correct that he has no sense of fiscal responsibility whatsoever," said David Cay Johnston, a Pulitzer Prize-winning investigative reporter who met Trump in 1988 when he moved to Atlantic City to cover the casino industry, and wrote the bestselling biography, The Making of Donald Trump. "If he wasn't fiscally responsible in his own life -- and he has a history of using other people's money -- why would we think he wouldn't do that here?"

Johnston doesn't think Trump has the slightest idea of what Congress has in mind for tax cuts, just as it's another big lie that he would end up paying more to the feds. But what Trump does know about is using other people's money; in this case, U.S. taxpayers, to foot the trillions his policies will cost. Moreover, while that dynamic may take years before an inevitable sea of red swamps the U.S. economy, Trump -- as he did in Atlantic City -- is ensuring he is paying himself handsomely, also at taxpayers' expense.

"Look at the private use of the jets, using [his] Mar-a-Lago [resort] and taxpayers to make him rich, which I believe violates the third Emoluments Clause, the one that is only for the president in Article Two [of the Constitution], look at the tax policies he's proposing that will for sure drive up red ink," said Johnston. "The fundamental thesis is the guy is irresponsible with money, bankers and other people's money, investors' money, why wouldn't he do it with taxpayers' money?"

Trump's not saying how the tax cuts will be paid for. His Republican allies are saying they will ignore the cost estimates from Congress' non-partisan fiscal analysts. Apart from that, the Pentagon budget was just raised to slightly under $700 billion for 2018, not counting its classified programs. It's too early to predict how many hundreds of billions will be needed for hurricane relief. And the GOP's fiscal hawks are hardly chirping, compared to being so upset about everything President Obama did.

If Trump and the GOP succeed with their tax cuts, when will the fiscal reckoning come?

"These things take time," Johnston said. "First of all, they don't actually have a tax plan. They just have some more talking points... The military spending will have a positive effect on the economy because there will be some hiring done. But the red ink? The interest rate environment we're in, that's not going to have a big negative. They can get away with running up more debt. That's contradictory to what he said, but their answer will be, 'Well, that's because Congress didn't do the other things to grow the economy; it's not our fault.' It will be several years."

In the meantime, as Trump and the GOP push their tax cuts, ordinary Americans should look for telltale signs of how the plan could transfer enormous sums to the very top -- another way of messing with other people's money. Look at what's not in it, starting with the top tax bracket -- individuals making $415,050 a year (after taking deductions) -- that's not changed. There are no higher brackets for people earning $1 million, $2 million, $5 million, $10 million, $50 million and more.

Then people should compare what percentage of their income they pay in federal taxes.

"Just look at your tax return... where it says your total tax," Johnston said. "Calculate what percentage of your income you gave the federal government. And then remember that under Donald Trump's plan, he would pay less than three-and-one-half percent. And lots of very rich people pay 10, 15, 16 percent... Why in the hell should anybody who makes a million dollars a day pay a tax rate of 10 percent?"

That's a good question. And here's another good question: Why should taxpayers trust anything about a tax plan put forth by a con-man who made a fortune using other people's money, leaving lenders, investors and customers to pay for the financial wreckage that ensued.

Steven Rosenfeld  covers democracy issues for AlterNet. He is a longtime print and broadcast journalist and has reported for National Public Radio, Monitor Radio, Marketplace,  TomPaine.com  and many newspapers. (more...)
Related Topic(s): Corruption; Money; Taxpayers; Trump Illegality; Trump Tax Plan, Add Tags
Add to My Group(s)
Go To Commenting
The views expressed herein are the sole responsibility of the author and do not necessarily reflect those of this website or its editors.