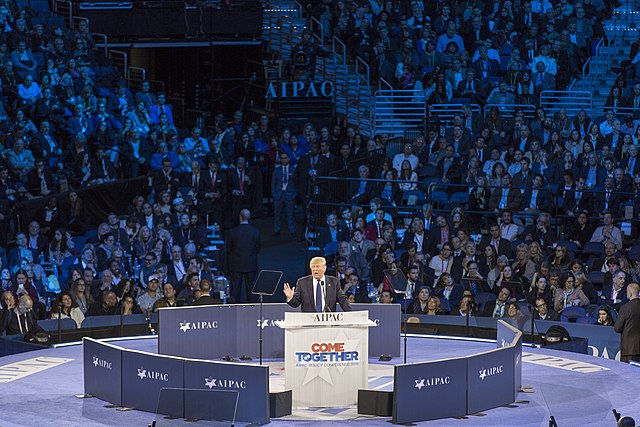 Washington's political establishment went berserk when US Representative Ilhan Omar (D-MN) publicly noted that US-Israel relations are "all about the Benjamins" slang for $100 bills, referring to money shoveled at American politicians by the American Israel Public Affairs Group (AIPAC).

Omar was accused of antisemitism immediately by Republicans, shortly after by members of her own party and bullied into apologizing. She may or may not be prejudiced against Jews, but even if she is, that wasn't her real offense.

Her real offense was publicly mentioning the irrefutable fact that many members of Congress take their marching orders from a foreign power's lobbying apparatus (an apparatus not, as required by law, registered under the Foreign Agents Registration Act), at least partly because those marching orders come with promises of significant donations to those politicians' campaigns.

AIPAC itself doesn't make direct donations to political campaigns. But AIPAC and other pro-Israel lobbying groups like Christians United For Israel punch well above their weight in American politics, largely by motivating their supporters to financially support and work for "pro-Israel" candidates in general elections and help weed out "anti-Israel" candidates in party primaries.

One AIPAC supporter alone, casino magnate Sheldon Adelson, spent $65 million getting Republicans elected, including $25 million supporting Donald Trump, in 2016. But that $25 million was only put into action after Trump retreated from his early position of "neutrality" in the Israeli-Palestinian conflict, publicly prostrated himself to AIPAC in a speech at one of its events, and pronounced himself "the most pro-Israel presidential candidate in history."

But: We're not supposed to talk about that. Ever. And it's easy to see why.

If most Americans noticed that many members of Congress (as well as most presidents) are selling their influence over US policy to a foreign power, we might do something about it.

For decades, howling "antisemitism" any time the matter came up proved an effective tactic for shutting down public discussion of the "special relationship" under which Israel receives lavish foreign aid subsidies, effective control of US foreign policy in the Middle East, and lately even state (and pending federal) legislation requiring government contractors to sign loyalty oaths to Israel's government.

The Israeli lobby's power to prevent that discussion seems to be slipping, however. Why? In part because the lobby's money and political support, which used to be spent buying both sides of the partisan aisle, has begun tilting heavily Republican in recent years, freeing some Democrats to not "stay bought." And in part because the newest generation of politicians includes some like Ilhan Omar who aren't for sale (to Israel, anyway).

Decades of unquestioning obedience to the Israel lobby has drawn the US into needless and costly conflicts not even remotely related to the defense of the United States. We'll be better off when the "special relationship," and the corruption underlying it, ends.

Related Topic(s): AIPAC; Antisemitism; Israel; Pro-israel, Add Tags
Add to My Group(s)
Go To Commenting
The views expressed herein are the sole responsibility of the author and do not necessarily reflect those of this website or its editors.