Yet Columbus Nova is trying to distance itself from Viktor Vekselberg.

By David Corn And Dan Friedman 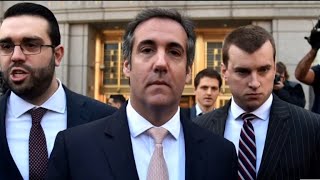 The implications of this were immense. Around the time the payments began, the US intelligence community had declared that the Kremlin had attacked the 2016 election in order to help Trump become president. Also around that time, Cohen had joined with a Ukrainian lawmaker and Felix Sater -- a former felon who had worked with Trump on Russian-related deals and other projects -- to secretly push within the new Trump administration a pro-Moscow peace plan for Ukraine. And, in January 2017, Intrater, who had never been a major political donor, made a whopping $250,000 contribution to Trump's inauguration committee. (Months later, he would give $35,000 to the Trump presidential campaign and the Republican Party.)

So what was Cohen doing hooking up with Vekselberg and Intrater at this point? And why would he even be messing with a Russian oligarch when Trump was being battered by reports of Russian interference in the election and possible contacts between Trump associates and Russia? Avenatti's revelation -- which was confirmed by the New York Times and NBC News--opened a new front in the Trump-Russia scandal, as it expanded into a swampy pay-to-play controversy and merged with Trump's Stormy Daniels scandal.

David Corn is  Mother Jones ' Washington bureau chief. For more of his stories,  click here . He's also  on  Twitter  and  Facebook .  RSS  |  TWITTER  David is (more...)
Related Topic(s): Michael Cohen; Payments; Russian Influence; Scandal, Add Tags
Add to My Group(s)
Go To Commenting
The views expressed herein are the sole responsibility of the author and do not necessarily reflect those of this website or its editors.