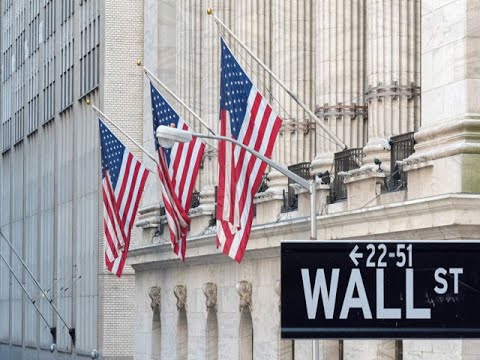 On Thursday, the Federal Reserve announced its biggest market intervention to date, a massive $1.5 trillion injection into the short-term funding markets ("repo") aimed at preventing grossly-inflated stock valuations from resetting at lower prices. There should be no misunderstanding about the Fed's real intention or whether its meddling will work. When financial assets are purchased in bulk, prices rise, that is the immutable law of the market. Stocks and bonds do not differentiate between day-traders and Central Bankers. What matters is the amount of money and what securities are purchased. What we know from 3 iterations of Quantitative Easing (QE) is that, when the Fed buys financial assets (USTs or MBS) stock prices climb higher. Friday's trading will undoubtedly produce the same result.

We also know that the Fed's circuitous blabbering never explains their real objectives. The Fed is not trying to ease "ominous trading conditions" or "counter signs of market dysfunction " or "address highly unusual disruptions in Treasury financing markets associated with the coronavirus outbreak." That's all diversionary mumbo-jumbo. The Fed's real goal is to prevent the markets from working the way they are supposed to work, to prevent basic price discovery, because price discovery will dramatically reduce valuations leaving banks and other financial institutions deep underwater.

Price discovery is the means through which an asset's price is set by matching buyers and sellers according to a price that both sides find acceptable. It is largely driven by supply and demand. It is a useful mechanism to gauge whether an asset is currently overbought or oversold. Price discovery is the central function of a marketplace and is the process of finding out the price of a given asset or commodity. (Investopedia)

When an outside actor, like the Fed, intervenes in the market and creates fake demand for financial assets that investors have shunned, it is destroying the "central function" of the free market. It is asserting power over the market to set prices and, by doing so, assumes the role of Central Planner. That is what the Fed is doing by stopping the market from clearing. It is "price setting," It is pushing stock prices higher than their true market value by loading up on mainly US Treasuries which dramatically distort rates while inflating the price of government bonds. We can only guess what the yield on the benchmark 10-year Treasury would be if the Fed had not purchased $2 trillion of them to save the insolvent banks from bankruptcy in 2008? And, in case there is any doubt about that matter, here is a straightforward admission by former-Fed chairman Ben Bernanke during the post-Lehman congressional hearings:

"As a scholar of the Great Depression, I honestly believe that September and October of 2008 was the worst financial crisis in global history, including the Great Depression. If you look at the firms that came under pressure in that period. . . only one . . . was not at serious risk of failure. So out of maybe the 13 of the most important financial institutions in the United States, 12 were at risk of failure within a period of a week or two."

Think about that. They were all broke, all the biggest banks on Wall Street were completely busted. But they were brought back to life by Lazarus Bernanke's emergency rates, giveaway loan programs and lavish liquidity injections. At the same time, the American people were deliberately misled about the process that was underway, just as they are being misled about today's intervention. What is actually taking place is another multi-trillion dollar bailout that is going to seriously undermine confidence in US Treasuries as a reliable barometer of financial asset value. Here's an excerpt from an article by Bernanke's right-hand man during the last crisis, Kevin Warsh, who underscores the risks the Fed is taking by intervening in the markets:

"The Fed's increased presence in the market for long-term Treasury securities also poses nontrivial risks. The Treasury market is special. It plays a unique role in the global financial system. It is a corollary to the dollar's role as the world's reserve currency. The prices assigned to Treasury securities -- the risk-free rate -- are the foundation from which the price of virtually every asset in the world is calculated. As the Fed's balance sheet expands, it becomes more of a price maker than a price taker in the Treasury market. And if market participants come to doubt these prices -- or their reliance on these prices proves fleeting -- risk premiums across asset classes and geographies could move unexpectedly. The shock that hit the financial markets in 2008 upon the imminent failures of Fannie Mae and Freddie Mac gives some indication of the harm that can be done when assets perceived to be relatively riskless turn out not to be." ("The New Malaise," Kevin Warsh, Wall Street Journal.)

Here's more from Warsh on the unintended consequences of the Fed's interventions that create powerful incentives for risky behavior that undermine investment, inflate asset values, and damage the real economy.

"Extremely accommodative monetary policy, including the purchase of about $3 trillion in Treasurys and mortgage-backed securities during three rounds of 'quantitative easing' (QE), pushed down long-term yields and boosted the value of risk-assets. Higher stock prices were supposed to drive business confidence and higher capital expenditures, which were supposed to result in higher wages and strong consumption. Would it were so.

"Business investment in the real economy is weak ... In 2014, S&P 500 companies spent considerably more of their operating cash flow on financially engineered buybacks than real capital expenditures for the first time since 2007 ... We believe that QE has redirected capital from the real domestic economy to financial assets at home and abroad. In this environment, it is hard to criticize companies that choose 'shareholder friendly' share buybacks over investment in a new factory. But public policy shouldn't bias investments to paper assets over investments in the real economy." (The Fed Has Hurt Business Investment, Michael Spence And Kevin Warsh, Wall Street Journal)

The Fed is destroying the system it is entrusted to safeguard. It's acting as a stooge for the banks instead of an impartial referee whose job is to oversee and regulate the financial system so capital is efficiently deployed to productive investments that benefit the American people. Does anyone think the Fed is acting within its mandate by pumping the system with liquidity so crooked banks can cream bigger profits off their casino operations?

No one, and yet it continues.

There's no way to know the true value of the benchmark 10-year Treasury (which is "the foundation from which the price of virtually every asset in the world is calculated") because the Fed's relentless mucking-around has distorted prices beyond recognition. Imagine for a minute if the central banks had not purchased trillions of dollars in sovereign bonds during the financial crisis? Imagine where rates would be today?

Rates would not only be positive, they'd also be "normalized" which was the Fed's stated goal when it tried to reduce its $4 trillion dollar balance sheet last year but then suddenly slammed on the brakes when stocks fell and the crybaby banks began howling. So now the Fed has abandoned normalization altogether while its balance sheet remains permanently submerged in red ink.

Related Topic(s): Banks; Buybacks; Capitalism; Fed Oversight Failure; Federal Regulatory Agency; Wall Street Bailout; Welfare For Rich, Add Tags
Add to My Group(s)
Go To Commenting
The views expressed herein are the sole responsibility of the author and do not necessarily reflect those of this website or its editors.