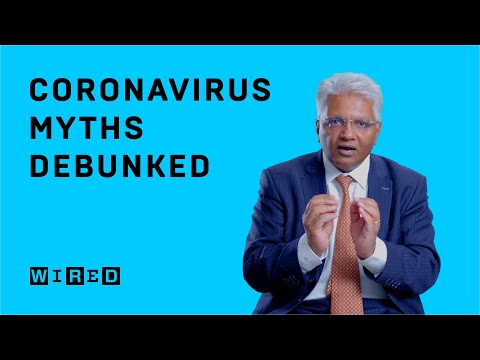 For years I have been watching what little intelligence the human race ever had slowly evaporate before my eyes as governments built up arsenals of thermonuclear and bio-warfare weapons that they cannot use without destroying us all. So many important social needs are forsaken, such as a national health service, in order to acquire useless weapons of mass destruction. My opinion of human intelligence is currently being reinforced by the hysteria over the attempts, however inadequate, to protect us from the consequences of a virus about which little is known.

The precautions of social distancing, masks, and close-downs are under attack both from uninformed laypersons and from some doctors and scientists. It is better to do nothing, they say, because the precautions cause more deaths from suicides caused by depression resulting from social isolation and from people afraid of going to hospitals for treatment of other life-threatening issues than die from COVID-19. Moreover, the precautions shut down the economy, which threatens life in additional ways, and prevent "herd immunity" from forming. According to this view, it is better to accept the deaths and illness in order to gain immunity.

The herd immunity argument is made despite reported cases of reinfection and studies of recovered people that find insufficient antibodies to convey immunity. Tests of the COVID-19 vaccines on which hopes are placed have so far found that the antibodies produced by the vaccines do not protect against the virus itself. Some specialists have expressed concern that herd immunity against coronaviruses (the common cold, for example) might be more of a hope than a reality because of the nature of coronaviruses as well as their mutations. Those who doubt these concerns or find them inconvenient wave them away as false reports and fake news.

As there are so many conflicting opinions from experts, every side has studies to cite. Moreover, studies are contaminated by researchers who have ties to Big Pharma and by researchers who abide by inside-the-box orthodoxy and refuse to risk going outside the box to think differently. Unless you are well-grounded in virology, microbiology, immunology, epidemiology, and have experience in treating patients and can come to your own conclusion based on facts and experience, you have no way of knowing what to believe. You can shy away from studies contaminated by private agendas, but otherwise you are on your own.

I have attempted to make the various issues clear for readers, but many do not want the issues clarified. They want to use the virus for ideological, political, and financial reasons. They support explanations that further their interests and attack explanations that do not.

Let us consider the matter of masks. Initially, public authorities were criticized for being unprepared and having no masks for those treating COVID-19 patients and for the general public. The absence of masks might have been one reason for the close-downs and for the initial, and now abandoned, public health advice that healthy people shouldn't wear masks. The flip-flopping of public authorities on masks reflects the availability of masks. When masks were unavailable, to avoid criticism for unpreparedness, public authorities, such as the director of the CDC, testified that healthy people shouldn't wear them and sick people should stay at home. When masks became available, some governors mandated that they be worn in public. This tells us nothing about the effectiveness of masks.

Previously it was "healthy people don't need masks." Now it is that "healthy people are harmed by masks." The argument that masks make the healthy ill is nonsensical. One of the arguments is that a healthy person (presumably an uninfected one) increases his viral load by breathing in and out the virus trapped in the mask. But how does a healthy person inhale a sickness he does not have? How does the virus get inside the protective mask? The people who would build viral loads are the infected using using a N-95 or higher mask without a respirator valve. This is why they are told to stay at home and not go out. If they use a mask with a respirator value, the virus escapes the mask when they exhale and does nothing to prevent the spread of the virus.

Another nonsensical argument is that people wearing masks experience a buildup of CO2 inside the mask and that breathing a higher concentration of CO2 has adverse effects on health. Some are said to have fainted and caused car accidents from CO2 buildup from wearing a mask while driving. But somehow surgeons involved in multi-hour operations wear masks without fainting. Researchers who spend their lives in labs wearing masks to protect themselves from the dangerous substances with which they work are not dropping dead from CO2 poisoning. But if such were to develop, the solution is to use a mask with respirator valve which allows them to breathe out but not breathe in dangerous substances.

The hype that isolation kills more people than the virus is a massive exaggeration. All the alleged "quarantine" amounts to is an effort to keep vulnerable people away from crowds. During the entire period of the so-called Lock-down, my neighbors and I walked through the neighborhood enjoying the sunshine, went to the supermarkets for provisions and to Ace hardware for home maintenance materials and spring plantings. We picked up carry-out meals from restaurants. We experienced nothing comparable to prison or to isolation such as is inflicted on Julian Assange and Manning. If Americans are so mentally and emotionally weak that they cannot stay at home for a few weeks without killing themselves, how do prisoners survive? Where is empathy for prisoners confined for lifetimes?

Some commentators claim that the virus is a plot to manufacture fear among the population and to herd us into mass vaccinations and a police state. There is no doubt that some are trying to use the virus in this way. However, the main cause of the fear is the uncertainty about the virus. No one knows whether he will become infected or whether his case will be mild or deadly. No one knows if those treating him will use effective means or kill him with a ventilator. No one knows the long-term implications of infection of different severities. On top of all of this we have self-interested agendas affecting the outcomes.

Treatment is the greatest uncertainty. For known health threats there are known treatments. For this virus, what appear to be effective treatments hit upon by doctors seeking effective means of treatment, such as intravenous Vitamin C and HCQ/zinc are disputed for profit reasons. These are low-cost treatments that negate the need for expensive new drugs and vaccines. Every report by practicing doctors of a successful treatment is contradicted by a report from Big Pharma-compromised researchers proving its danger or ineffectiveness. The best example, perhaps, is the report from the French medical team led by Didier Raoult (in the archives of my website) that the 4,000 COVID-19 patients he treated with the HCQ combination had a mortality rate of 0.009% and not a single death from heart problems. Raoult's report was quickly countered by a "study" conducted by doctors uninvolved in COVID treatment that was rushed into publication in The Lancet, a prestigious British medical journal. This study reported that COVID-19 patients treated with HCQ had mortality rates ranging from 5.1 to 13.8%.

The Lancet study was used to close down the clinical trial of HCQ by the World Health Organization and used by the French, Belgium, and Italian governments to withdraw permission for HCQ treatment. The flawed Lancet study was accepted because it was an official study published in a peer-reviewed professional journal, and Raoult's report was a report from practitioners in the field. Big Pharma-compromised Dr. Fauci dismissed Raoult's report as anecdotal.

Related Topic(s): Choice; Coronavirus; Doctors; Fear As Policy; Health; Masks; Vaccines, Add Tags
Add to My Group(s)
Go To Commenting
The views expressed herein are the sole responsibility of the author and do not necessarily reflect those of this website or its editors.