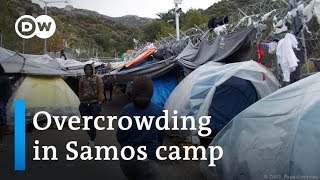 This week refugee camps in Moria on the Greek island of Lesbos were set ablaze rendering over 20,000 refugees homeless. Apparently the fires were started by the refugees themselves who are sick of lives in limbo on the EU periphery. They want to reach the heartland, get jobs, build lives for themselves.

An inevitable consequence of our modern wars, refugees have become an emblem. Old newsreels show us their lined, worried faces in the Second World War and TV has them live from Yugosloavia, a country disappeared and reemerged as several ethnic parts, while numerous principal actors of the time faced judges in the international courts.

Then there is 9/11 in the US -- a term meaning September 11 as in the US, unlike Europe and many parts of the world, the month is written first followed by the day and year. Patriot Day, as it has been labeled, September 11 marks the day when commercial airliners were used as weapons to destroy the World Trade Center, a skyscraper in New York City, and attack the Pentagon, the military's headquarters in Washington, DC.

If the mastermind of the attack was a turned, non-Afghan, Mujahedin commander camped out in Afghanistan, who following Soviet withdrawal turned his attention to the other major power ... committing, in his mind, the unpardonable sin of parking troops on his native soil of Saudi Arabia -- no matter, they were there for protective purposes from an increasingly belligerent Saddam Hussein.

The results we know. A naive George Bush and a populace thirsting for revenge attacked Afghanistan leading to the longest war in American history. Many presidents later, Donald Trump too is trying to negotiate a pull-out of US troops with the Taliban. Yes, Afghanistan holds elections and has a president, even a military, but guess what will happen if US troops leave without any resolution with the Taliban.

George Bush's rival for governor in Texas had a great line. 'Poor George,' she would say, 'he can't help it, he was born with a silver foot in his mouth.' So George went after Iraq and lacking his father's good sense (who after liberating Kuwait withdrew) he stayed to democratize Iraq without examining the country's demographics. Majority Shia, it has a democratic leadership now that is Shia and closely allied with Shia Iran. Fast forward to the present and the current president, Donald Trump, is withdrawing troops from Iraq and is in a stand-off with Iran.

Anyone would be forgiven for thinking American foreign policy in the Middle East is a plot from a Gilbert and Sullivan farce. Except for a sad and sobering fact. More than a million lives lost, refugees still streaming out and many, many millions of lives displaced ... including a Christian Iraqi from Baghdad who runs a 24-hour convenience store a couple of miles from my house.

Arshad M Khan is a former Professor. Educated at King's College London, Oklahoma State University and the University of Chicago, he has a multidisciplinary background that has frequently informed his research. He was elected a Fellow of the (more...)
Related Topic(s): Farce; Foreign Policy Failure Africas; Foreign Policy Failure N Korea, Add Tags
Add to My Group(s)
Go To Commenting
The views expressed herein are the sole responsibility of the author and do not necessarily reflect those of this website or its editors.