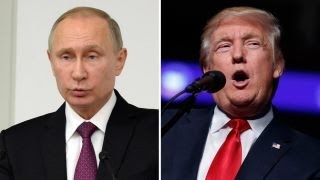 Those behind this "investigation" understand that it is so ridiculous that they must give it gravity and credibility. They selected two reporters, Peter Stone and Greg Gordon, in the McClatchy News Washington Bureau, who fit Udo Ulfkotte's definition of "bought journalists." Hiding behind anonymous sources--"two people familiar with the inquiry" and "sources who spoke on condition of anonymity"--the presstitutes fell in with the attack on independent media, reporting that one former US intelligence official said: "This may be one of the most highly impactful information operations in the history of intelligence."

Wow! A totally ridiculous "investigation" is one of the most important in history. The implication is that the Russians are operating through scores or hundreds of independent media sites to control how Americans vote.

What we should be scared about is that in America today, facts cannot compete with lies.

The McClatchy story describing a pointless investigation as one of the most important in history is working its way through the media. See here, here, and here.

Related Topic(s): Conspiracy; FBI; Generals; Intelligence; Politics; Presstitutes; Vladimir Putin, Add Tags
Add to My Group(s)
Go To Commenting
The views expressed herein are the sole responsibility of the author and do not necessarily reflect those of this website or its editors.