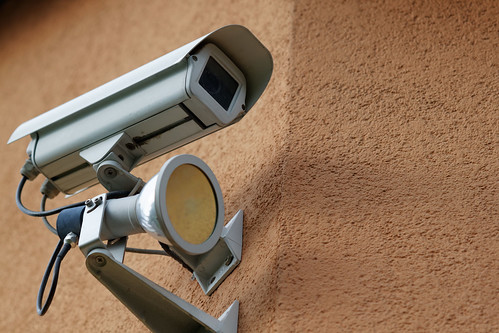 You are being watched
(Image by Ervins Strauhmanis)   Details   DMCA
er five years of Hitler's dictatorship, the Nazi police had won the FBI's seal of approval."-- Historian Robert Gellately

Lately, there's been a lot of rhetoric comparing Donald Trump to Adolf Hitler. The concern is that a Nazi-type regime may be rising in America.

That process, however, began a long time ago.

In fact, as historian Robert Gellately recounts, following the second World War, the U.S. government recruited Hitler's employees, adopted his protocols, embraced his mindset about law and order, implemented his tactics in incremental steps, and began to lay the foundations for the rise of the Fourth Reich.

Sounds far-fetched? Read on. It's all documented.

These are not tactics used by constitutional republics, where the rule of law and the rights of the citizenry reign supreme. Rather, they are the hallmarks of authoritarian regimes, where the only law that counts comes in the form of heavy-handed, unilateral dictates from a supreme ruler who uses a secret police to control the populace.

That danger is now posed by the FBI, whose laundry list of crimes against the American people includes surveillance, disinformation, blackmail, entrapment, intimidation tactics, harassment and indoctrination, governmental overreach, abuse, misconduct, trespassing, enabling criminal activity, and damaging private property, and that's just based on what we know.

Consider the FBI's far-reaching powers to surveil, detain, interrogate, investigate, prosecute, punish, police and generally act as a law unto themselves--much like their Nazi cousins, the Gestapo--and then try to convince yourself that the United States is still a constitutional republic.

Just like the Gestapo, the FBI has vast resources, vast investigatory powers, and vast discretion to determine who is an enemy of the state.

Today, the FBI employs more than 35,000 individuals and operates more than 56 field offices in major cities across the U.S., as well as 400 resident agencies in smaller towns, and more than 50 international offices. In addition to a "data campus," which houses more than 96 million sets of fingerprints from across the United States and elsewhere, the FBI has also built a vast databases on Americans that are not only being added to and used by local police agencies, but are also being made available to employers for real-time background checks.

All of this is made possible by the agency's nearly unlimited resources (its minimum budget alone in fiscal year 2015 was $8.3 billion), the government's vast arsenal of technology, the interconnectedness of government intelligence agencies, and information sharing through fusion centers.

Much like the Gestapo spied on mail and phone calls, FBI agents have carte blanche access to the citizenry's most personal information.

The FBI has access to every piece of mail that passes through the postal system. Moreover, the agency's National Security Letters allows the FBI to secretly demand that banks, phone companies, and other businesses provide them with customer information and not disclose those demands to the customer.

Much like the Gestapo's sophisticated surveillance programs, the FBI's spying capabilities can delve into Americans' most intimate details (and allow local police to do so, as well).

Related Topic(s): America Freedom To Fascism; Blackmail; FBI; Fascism; Fascism-Cant Happen Here; Government; Intimidation; Surveillance, Add Tags
Add to My Group(s)
Go To Commenting
The views expressed herein are the sole responsibility of the author and do not necessarily reflect those of this website or its editors.