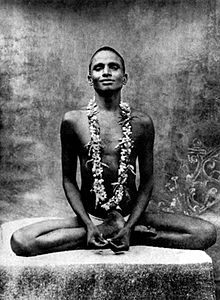 "...That evening, as he drove the wise rabbi to his lodging, the coachman sat upon his box and wondered what it might feel like to be so honored and revered as the Preacher of Dubno. What must it feel like to ride into town to cheers and happiness? What would it feel like to earn the love and admiration of everyone, near and far?

After a time, the coachman turned to the Preacher of Dubno and said, "I wish I could feel as you do."

"How's that?" the preacher asked.

"I'd like to know what being revered feels like," the coachman went on. "Would you consider exchanging your robes for my clothes -- just for a day? I'd like to pretend to be you, just to know how this feels."

The Preacher of Dubno smiled, for he liked his coachman. The man was a cheerful and agreeable soul, and now the rabbi saw that he was also curious. Still, the rabbi was wise enough to know that such a ruse could cause some trouble. Perhaps the coachman was not quite as smart as he appeared.

"My friend," he said, "you know it is not clothes that make a man, and it is not my clothing that makes me a rabbi. What if someone were to ask you to explain a difficult passage in the law? You might make a fool of yourself, and others would believe the Preacher of Dubno was no longer helpful to them."

But the coachman had thought of this. He was no scholar like the preacher, but he was no fool, and so at last he convinced the wise man to exchange clothes with him.

That night at the inn, the coachman and the Preacher of Dubno exchanged clothes, and the next morning when they rode into a village, all the people ran out to greet the great preacher. They hailed his entry into town, never knowing that the man they cheered was only a simple coachman. Then they led him to their synagogue, leaving the real preacher to follow with the horses and carriage.

Now every single resident of the village approached to shake hands with the wise man, and to say, as was the custom, "Shalom Aleichem, Rabbi."

The false rabbi was overjoyed, and basked in their attention and warmth. Then he sat down at a table surrounded by all the scholars and important people of the town. The real rabbi sat in a corner, carefully observing, hoping there would be no trouble.

"Rabbi," one of the wisest men of the village said, "I wish you would explain this passage in the Talmud that none of us can understand."

At this the true rabbi cringed. What would his imposter say? He feared they were about to be found out, and wondered how would he explain this to the scholars.