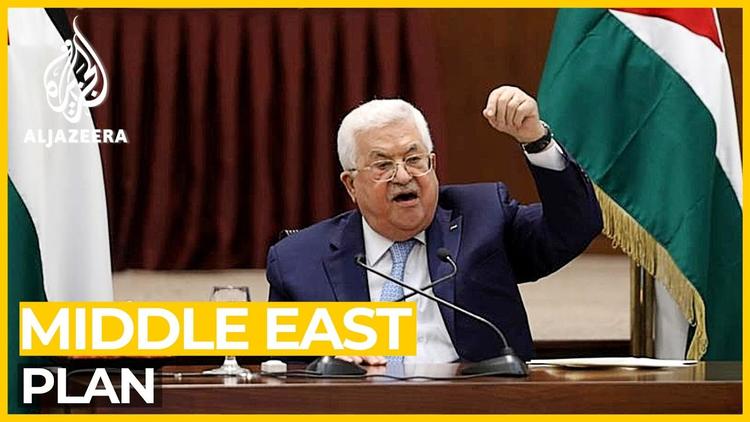 Palestinian Prime Minister Mohammed Shtayyeh announced after a cabinet meeting that his government will move to implement the end of Palestinian cooperation with Israel and the United States and its withdrawal from all agreements it had signed with them. The steps were announced Tuesday by President Mahmoud Abbas.

Abbas had said, "The Palestine Liberation Organization and the State of Palestine are no longer committed to all signed agreements and understandings with the Israeli government and the American government, including the security commitments." He added that Israel will now have to "uphold responsibilities before the international community as the occupying power."

US Secretary of State Mike Pompeo professed not to understand what in the world Abbas was talking about. So Mr. Secretary, since you don't know much about the Middle East and what you think you know is wrong, let me explain it to you.

No one ever thought the Israelis had any claim to the West Bank and Gaza. These territories were occupied during the 1967 War. But the UN Charter forbids the acquisition of neighbors' territory by force, so Israel is bound to relinquish them. It doesn't intend to.

The 1993 Oslo peace accords between the United States, Israel and the Palestine Liberation Organization created the Palestine Authority, a sort of limited self-government for Palestinians, who remained under Israeli military occupation. As part of the accords, the PLO recognized Israel (thus giving up one of the only cards it had left to play). Ever after, the more fanatical Zionist organizations in New York went blue in the face denying that the Palestinians had recognized Israel. So you wonder whether they should have bothered, since they got nothing whatsoever in return.

From the point of view of hard-as-tacks old generals like Yitzhak Rabin, the prime minister who negotiated and signed the agreement, what he got was an agreement that the PLO would police the occupied Palestinian population on behalf of Israel. So for instance if the PLO discovered a West Bank cell plotting to commit terrorism in Israel, the PLO would break it up and warn the Israelis. That's the kind of thing that has been going on for the past 27 years.

The sweetener was supposed to be that Israel would withdraw from the entire West Bank by 1998.

Instead, Israel illegally sent in hundreds of thousands of squatter-settlers in the five years after the agreement was signed, to steal Palestinian land and nail down Israeli ownership of the territory. The Israeli Far Right rubbed out Rabin for having compromised with the Palestinians in any way (apparently genocide or Apartheid for Palestinians were the only acceptable options). Binyamin Netanyahu became prime minister and vowed to destroy the Oslo Accords and never to give up an inch of the West Bank. Whatever you think of him, he is consistent. But then, so was Mussolini.

So what Abbas is saying is that Israel cannot go on benefiting from the 1993 deal if it isn't going to abide by any of its commitments. And Netanyahu has made it clear that he isn't going to abide by any of those commitments. Netanyahu plans to annex a third of the Palestinian West Bank, sort of the way Germany annexed the Sudetenland from Czechoslovakia in 1938, on the grounds that it had a big German population and so actually belonged to Berlin by virtue of blood and soil.

This annexation is a war crime and is implicated in a crime of Apartheid, and you, Mr. Pompeo, along with Mr. Trump, are complicit in it.

The Palestine Authority acted as a fig leaf for the excesses of the Israeli Occupation, but is now saying it will no longer do so. So the Palestine Authority is announcing that there will be no further security cooperation with Israel. Abbas is not threatening violence, he is only saying that any violence is now Israel's responsibility. If they want to have a permanent Occupation, then they'll just have to operate it themselves.

Shtayyeh reeled off the list of Israeli violations of Oslo, including its plans to annex the Jordan Valley and all the land on which those illegal Israeli squatter settlements stand. Then there is the blockade of the Gaza Strip since 2007, which is also illegal in international law. And the de facto annexation of East Jerusalem, which is largely Palestinian and which Palestine had wanted for its capital. And Trump's deal of the century, the provisions of which had in essence already abrogated Oslo.

Shtayyeh noted that the world community is condemning Netanyahu's annexation plans. But he might have added that that and $4 will buy you coffee at Starbucks. Also nobody cares what the world community thinks. Some European countries may boycott Israeli squatter-made goods, but Brussels is unlikely to do anything practical. Israel-Palestine is an American sphere of influence, and Trump will let Netanyahu get away with anything.

Some doubt that the Palestine Authority will actually go through with its withdrawal from all those agreements. If it does, there will be a severe deterioration of the security situation in both the Palestinian West Bank and likely inside Israel itself.

Related Topic(s): Apartheid; Benjamin Netanyahu; Israel; Oslo Accords; Palestinian; Trump, Add Tags
Add to My Group(s)
Go To Commenting
The views expressed herein are the sole responsibility of the author and do not necessarily reflect those of this website or its editors.