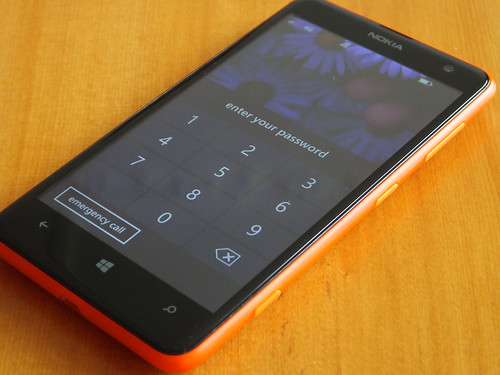 In 1888, the year before he went insane, Friedrich Nietzsche wrote the following in Twilight of the Idols:

So, if you feel you also may be going insane in the present climate of digital screen life, where real is unreal but realer than real, the apparent is cryptic, and up is down, true is false, and what you see you don't, it has a history. One hundred and thirty-two years ago, Nietzsche added that "something extraordinarily nasty and evil is about to make its debut". We know it did, and the bloody butcher's bench known as the twentieth century was the result. Nihilism stepped onto center stage and has been the star of the show ever since, straight through to 2020. Roberto Calasso puts it this way in Literature and the Gods:

Here we are, announces Nietzsche, and it would be hard not to hear a mocking ring in his voice. We thought we were living in a world where the fog had lifted, a disenchanted, ascertainable, verifiable world. And instead everything has gone back to being a "fable" again. How are we to get our bearings ... This is the paralysis, the peculiar uncertainty of modern times, a paralysis that all since have experienced.

Obviously, we haven't gotten our bearings. We are far more adrift today on a stormy electronic sea where the analogical circle of life has been replaced by the digital, and "truths" like numbers click into place continuously to lead us in wrong, algorithm-controlled directions. The trap is almost closed.

Of course, Nietzsche did not have the internet, but he lived at the dawn of the electric era, when space-time transformations were occurring at a rapid pace. Inventions such as photography, the phonograph, the telephone, electricity, etc., were contracting space and time and a disembodied "reality" was being born. With today's internet and digital-screen life, the baby is full-grown and completely disembodied. It does nothing but look at its image that is looking back into a lifeless void, whose lost gaze can't figure out what it's seeing.

Take, for example, the phonograph, invented by Thomas Edison in 1878. If you could record a person's voice, and if that person died, were you then listening to the voice of a living person or one who was dead? If the person whose voice was recorded was alive and was miles away, you had also compressed earthly space. The phonograph suppressed absence, conjured ghosts, and seemed to overcome time and death as it captured the flow of time in sound. It allowed a disembodied human voice to inhabit a machine, an early example of downloading.

"Two ruling ambitions in modern technology," writes John Durham Peters in his wonderful book, Speaking into the Air, "appear in the phonograph: the creation of artificial life and the conjuring of the dead."

Many people started to hear voices, and these people were not called deluded. Soon, with the arrival of cinema, they would see ghosts as well. Today, speaking ghosts are everywhere, hiding in hand-held devices. It's Halloween all year round as we are surrounded by electronic zombies in a screen culture.

This technological annihilation of space and time that was happening at a frenetic pace was the material background to Nietzsche's thought. His philosophical and epistemological analyses emerged from German intellectual life of his time as well, where theologians and philosophers were discovering that knowledge was relative and had to be understood in situ; i.e., within its historical and social place or context.

Without going into abstruse philosophical issues here, suffice it to say, Nietzsche was suggesting that not only was God dead because people killed him, but that knowledge was a fiction that changed over time and was a human construction. All knowledge, not just science, had to be taken "as if" it were true. This was a consoling mental trick but falsely reassuring, for most people could not accept this, since "knowledge" was a protection racket from pain and insanity. It still is. In other words, not only had people murdered God, but they had slain absolutes as well. This left them in the lurch, not knowing if what they knew and believed were really true, or sort of true - maybe, perhaps. The worm of uncertainty had entered modern thought through modern thought.

While the average person did not delve into these revolutionary ideas, they did, through the inventions that were entering their lives, and the news about Darwin, science, religion, etc., realize, however vaguely, that something very strange and dramatic was under way. Life was passing from substance to shadow because of human ingenuity.

Related Topic(s): Belief; Censorship; Digital; Information; Internet; Mkultra; Nature; Nietzsche; Propaganda; Reality; (more...) Surveillance, Add Tags  (less...)
Add to My Group(s)
Go To Commenting
The views expressed herein are the sole responsibility of the author and do not necessarily reflect those of this website or its editors.