By Medea Benjamin and Nicolas Davies 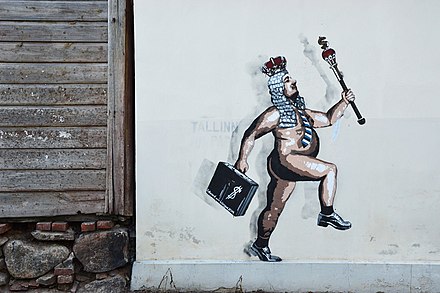 The world is reeling in horror at the latest Israeli massacre of hundreds of men, women and children in Gaza. Much of the world is also shocked by the role of the United States in this crisis, as it keeps providing Israel with weapons to kill Palestinian civilians, in violation of U.S. and international law, and has repeatedly blocked action by the UN Security Council to impose a ceasefire or hold Israel accountable for its war crimes.

In contrast to U.S. actions, in nearly every speech or interview, U.S. Secretary of State Antony Blinken keeps promising to uphold and defend the "rules-based order." But he has never clarified whether he means the universal rules of the United Nations Charter and international law, or some other set of rules he has yet to define. What rules could possibly legitimize the kind of destruction we just witnessed in Gaza, and who would want to live in a world ruled by them?

We have both spent many years protesting the violence and chaos the United States and its allies inflict on millions of people around the world by violating the UN Charter's prohibition against the threat or use of military force, and we have always insisted that the U.S. government should comply with the rules-based order of international law.

But even as the United States' illegal wars and support for allies like Israel and Saudi Arabia have reduced cities to rubble and left country after country mired in intractable violence and chaos, U.S. leaders have refused to even acknowledge that aggressive and destructive U.S. and allied military operations violate the rules-based order of the United Nations Charter and international law.

President Trump was clear that he was not interested in following any "global rules," only supporting U.S. national interests. His National Security Advisor John Bolton explicitly prohibited National Security Council staff attending the 2018 G20 Summit in Argentina from even uttering the words "rules-based order."

So you might expect us to welcome Blinken's stated commitment to the "rules-based order" as a long-overdue reversal in U.S. policy. But when it comes to a vital principle like this, it is actions that count, and the Biden administration has yet to take any decisive action to bring U.S. foreign policy into compliance with the UN Charter or international law.

For Secretary Blinken, the concept of a "rules-based order" seems to serve mainly as a cudgel with which to attack China and Russia. At a May 7 UN Security Council meeting, Russian Foreign Minister Sergei Lavrov suggested that instead of accepting the already existing rules of international law, the United States and its allies are trying to come up with "other rules developed in closed, non-inclusive formats, and then imposed on everyone else."

Related Topic(s): Antony Blinken; Foreign Policy Failures Israel Middle Ea; Gaza Invasion; Israel; Israel Runs Washington; Israeli American Relations; Israeli Attacks In Gaza; Palestine_and_Israel; Rules; Secretary Of State, Add Tags
Add to My Group(s)
Go To Commenting
The views expressed herein are the sole responsibility of the author and do not necessarily reflect those of this website or its editors.