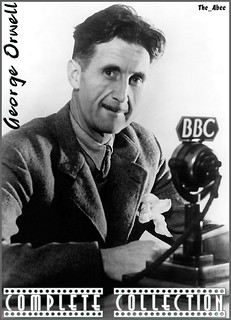 How do you change the way people think? You start by changing the words they use.

In totalitarian regimes--a.k.a. police states--where conformity and compliance are enforced at the end of a loaded gun, the government dictates what words can and cannot be used. In countries where the police state hides behind a benevolent mask and disguises itself as tolerance, the citizens censor themselves, policing their words and thoughts to conform to the dictates of the mass mind.

Even when the motives behind this rigidly calibrated reorientation of societal language appear well-intentioned--discouraging racism, condemning violence, denouncing discrimination and hatred--inevitably, the end result is the same: intolerance, indoctrination and infantilism.

It's political correctness disguised as tolerance, civility and love, but what it really amounts to is the chilling of free speech and the demonizing of viewpoints that run counter to the cultural elite.

As a society, we've become fearfully polite, careful to avoid offense, and largely unwilling to be labeled intolerant, hateful, closed-minded or any of the other toxic labels that carry a badge of shame today. The result is a nation where no one says what they really think anymore, at least if it runs counter to the prevailing views. Intolerance is the new scarlet letter of our day, a badge to be worn in shame and humiliation, deserving of society's fear, loathing and utter banishment from society.

For those "haters" who dare to voice a different opinion, retribution is swift: they will be shamed, shouted down, silenced, censored, fired, cast out and generally relegated to the dust heap of ignorant, mean-spirited bullies who are guilty of various "word crimes."

We have entered a new age where, as commentator Mark Steyn notes, "we have to tiptoe around on ever thinner eggshells" and "the forces of 'tolerance' are intolerant of anything less than full-blown celebratory approval."

In such a climate of intolerance, there can be no freedom speech, expression or thought.

Yet what the forces of political correctness fail to realize is that they owe a debt to the so-called "haters" who have kept the First Amendment robust. From swastika-wearing Neo-Nazis marching through Skokie, Illinois, and underaged cross burners to "God hates fags" protesters assembled near military funerals, those who have inadvertently done the most to preserve the right to freedom of speech for all have espoused views that were downright unpopular, if not hateful.

Until recently, the U.S. Supreme Court has reiterated that the First Amendment prevents the government from proscribing speech, or even expressive conduct, because it disapproves of the ideas expressed. However, that long-vaunted, Court-enforced tolerance for "intolerant" speech has now given way to a paradigm in which the government can discriminate freely against First Amendment activity that takes place within a government forum. Justifying such discrimination as "government speech," the Court ruled that the Texas Dept. of Motor Vehicles could refuse to issue specialty license plate designs featuring a Confederate battle flag. Why? Because it was deemed offensive.

The Court's ruling came on the heels of a shooting in which a 21-year-old white gunman killed nine African-Americans during a Wednesday night Bible study at a church in Charleston, N.C. The two events, coupled with the fact that gunman Dylann Roof was reportedly pictured on several social media sites with a Confederate flag, have resulted in an emotionally charged stampede to sanitize the nation's public places of anything that smacks of racism, starting with the Confederate flag and ballooning into a list that includes the removal of various Civil War monuments.

These tactics are nothing new. This nation, birthed from puritanical roots, has always struggled to balance its love of liberty with its moralistic need to censor books, music, art, language, symbols etc.

Indeed, thanks to the rise of political correctness, the population of book burners, censors, and judges has greatly expanded over the years so that they run the gamut from left-leaning to right-leaning and everything in between. By eliminating words, phrases and symbols from public discourse, the powers-that-be are sowing hate, distrust and paranoia. In this way, by bottling up dissent, they are creating a pressure cooker of stifled misery that will eventually blow.

The question, of course, is what's next on the list to be banned?

It was for the sake of preserving individuality and independence that James Madison, the author of the Bill of Rights, fought for a First Amendment that protected the "minority"--even a minority of one--against the majority. This freedom for those in the unpopular minority constitutes the ultimate tolerance in a free society. Conversely, government-sanctioned intolerance always ends up the same: with an indoctrinated, infantilized citizenry that marches in lockstep with the governmental regime.

Related Topic(s): Free Speech Censored; Freedom Of Assembly; Freedom Of Religion; Freedom Of Speech; Newspeak; Orwellian; Orwellian Denial; Speech, Add Tags
Add to My Group(s)
Go To Commenting
The views expressed herein are the sole responsibility of the author and do not necessarily reflect those of this website or its editors.