The election in the US is held on the Tuesday after the first Monday in November. A Tuesday was chosen to allow people enough time to drive to the election site after Sunday, reserved for religious services and rest. Those were the horse and buggy days and it took a while. The people clearly had greater ardor for democracy then considering we get a less than 50 percent turnout now when voting sites are usually less than a five-minute drive.

Most states are either heavily Republican or Democrat so the results there are a foregone conclusion. The winners get the electors assigned to the state on a basis of population. The electors then vote for the nominees receiving the most votes in the state when the electoral college meets.

There are about a dozen battleground or swing states; among them Pennsylvania and Florida are prized for their high electoral votes -- hence the repeated visits by the candidates. Trump won both in 2016. Will he this time?

Meanwhile two New York papers are busy running negative stories on candidates they oppose. The New York Times offers tidbits against Trump. The latest this week is that Trump has a Chinese bank account. The fact is not new since the information was filed with his tax returns -- one has to report foreign bank accounts over $10,000 -- but the news is intended as an example of Trump's hypocrisy for he has been speaking out against doing business in China. The accounts in the name of Trump International Hotels have been moribund since 2015.

The New York Post, much less distinguished than the Times, is after Hunter Biden and through him his father, candidate Joe Biden. Last week the Post unearthed a dubious email purporting to show then Vice President Biden possibly meeting with Hunter's potential business partner. This week there is a photograph of the Bidens, father and son, flanked by a Kazakh oligarch on one side and a former president of Kazakhstan on the other. The latest on the email issue has a certain Tony Bobulinski, one of the recipients, confirming the Post email adding that Hunter sought Dad's advice on deals. There is also a proposed equity split referring to '20' for 'H' and '10 held by H for the big guy.'

New York State may be a secure prize for Democrats but news stories these days are picked up on the internet and spread nationally and internationally. Surely the two newspapers have something really big up their sleeves for the week before the election.

Charges and counter-charges in the final presidential debate. Biden repeatedly blamed Trump for deaths from the Covid 19 epidemic. On almost everything Biden promised, Trump's rejoinder was why he had not done it in the 47 years he was in public office including 8 years as vice president. This included mimicking Biden's previously successful tactic of talking directly to the public. The same interests fund both major parties and they generally get what they want except that Trump mostly funded his campaign himself. 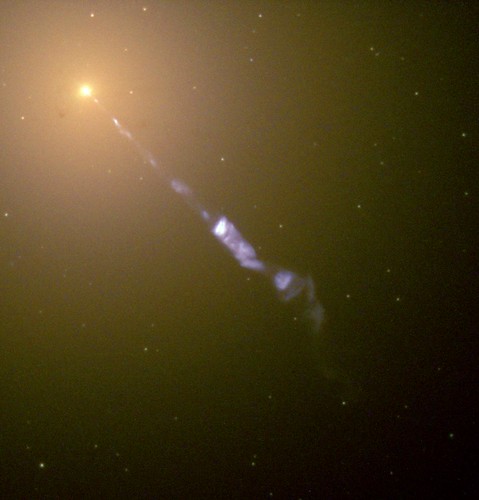 From all the ridiculousness to the sublime. Images of M87 are the first of any black hole swallowing whatever is within range. We are told of the discovery of a black hole in the center of our own Milky Way, presumably the eventual destination of everything in our galaxy. From this perspective the Trump-Biden debate, although quite important for our immediate future, seems to diminish to nothing in significance.

Arshad M Khan is a former Professor. Educated at King's College London, Oklahoma State University and the University of Chicago, he has a multidisciplinary background that has frequently informed his research. He was elected a Fellow of the (more...)
Related Topic(s): Cosmology; Debate; Elections And Campaigns; President; Trump, Add Tags
Add to My Group(s)
Go To Commenting
The views expressed herein are the sole responsibility of the author and do not necessarily reflect those of this website or its editors.