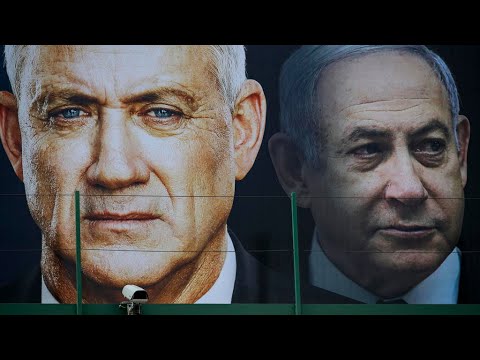 The formation of an Israeli coalition government led by Netanyahu and Gantz, the leaders of Likud and Kahol Lavan respectively, will finally put an end to Israel's nearly 18 month-long political paralysis and, for now, personal rivalry following three elections. Both agreed on a host of important socio-economic and security matters. The most ominous issue they strongly embraced, however, is the annexation of a substantial swath of Palestinian territories based on Trump's "Peace to Prosperity" plan. Should Israel move to implement the plan, it will lead to ominous consequences and drastically change Israel's character as a democratic, Jewish state.

For more than 10 years, Netanyahu masterfully used scare tactics to portray the establishment of a Palestinian state as an existential threat to Israel, and vowed to never allow that to happen under his watch. Annexation of large swaths of Palestinian territory will in fact foreclose any possibility for the Palestinians to have a state of their own. For Gantz to go along with Netanyahu is deeply disappointing and alarming. As a former Chief of Staff of the IDF, he knows that Israel's national security hinges not on military muscles, as time has shown, but on ending the conflict with the Palestinians by establishing an independent and stable Palestinian state that fully collaborates on all security matters that affect both countries.

Sadly though, the Palestinians, especially Hamas, have played directly into Netanyahu's hand by refusing to recognize Israel's right to exist and by their repeated violent provocations, which gave Netanyahu the ammunition he needs to justify his claim that the Palestinians are out to destroy rather than coexist peacefully with Israel. In addition, the fact that the Palestinians missed several opportunities to strike a peace agreement with Israel and continue to indoctrinate one generation after another with anti-Israeli sentiment made it easier for Netanyahu to make his case against the Palestinians.

Now that Netanyahu eliminated any serious challenge from the opposition, while disregarding the Palestinians' vehemence against annexation, he put Israel on the path of perhaps unprecedented violent confrontation with the Palestinians. Indeed, once the annexation comes to pass, it will be impossible to reverse. Israel will build new and expand existing settlements, and it will inescapably violate the Palestinians' property rights as it will engage in demolition of homes and expulsion while controlling natural resources in defiance of international law.

Under such gross human rights abuses, the Palestinians will have little left to lose. Indeed, regardless of Israel's overwhelming military power, in a moment of complete desperation and hopelessness the Palestinians will rise and unite. They will be willing to die an honorable death rather than live in servitude and give up their cherished dream of statehood.

To me and to droves of former Israelis from the military and intelligence communities, the prospect of a Palestinian uprising is a given. If Netanyahu and Gantz ignore it, it will be at their peril as they are sowing the seeds of Palestinian revolt; the question will be only when.

Netanyahu, however, is counting on Trump to provide him with political backing and exert pressure on several key Arab states to persuade the Palestinians to go along with the plans. After all, Trump's plan envisions the establishment of a Palestinian state within four years. However, a close look at Trump's deal and the extent of the land annexation it involves clearly exposes that under such a plan, the prospect of creating a Palestinian state is nothing but a hoax.

Part of the agreement between Netanyahu and Gantz includes two articles that indicate clearly the intent of both to annex parts of the West Bank, in line with Trump's Peace to Prosperity plan:

"In everything related to the declaration made by President Trump, the Prime Minister and the Vice Prime Minister will act in full agreement with the United States, including the issue of the maps vis-à-vis the Americans and engaging in an international dialogue on the issue, while striving to preserve the security and strategic interests of the State of Israel, including the need to maintain regional stability, uphold the peace agreements and pursue future peace agreements.

The problem is that neither Netanyahu nor Gantz understand Trump's real agenda, or simply ignore it because it doesn't really matter to them. Indeed, what matters is that Trump materializes Netanyahu's life-long vision, which Gantz seems to share, which is the establishment of Israeli sovereignty and control over the Jews' entire biblical land extending from the Mediterranean Sea to the Jordan River. They want to believe that Trump's recognition of Jerusalem as Israel's capital and relocation of the American embassy to the holy city only attests to his commitment to Israel's national aspiration, and view his "peace plan" as reaffirmation of where he really stands.

In reality, Trump does not really give a hoot about Israel's security and well-being -- his sole interest is to secure the political support of the significant Evangelical constituency, for whom Israel is the conduit for the return of the Messiah. By the beginning of July, Netanyahu expects to receive the green light from Trump to move ahead with annexation plans, timed to give Trump the political boost he needs as the presidential election campaign goes into high gear. Moreover, given the deadly spread of the coronavirus and the mounting fatalities, coupled with the severe economic downturn and the loss of more than 30 million jobs, Trump needs the Evangelicals' support more than ever before.

Related Topic(s): Israel; Jewish; Likud; Negotiation; Palestinian; Threat; Trump, Add Tags
Add to My Group(s)
Go To Commenting
The views expressed herein are the sole responsibility of the author and do not necessarily reflect those of this website or its editors.