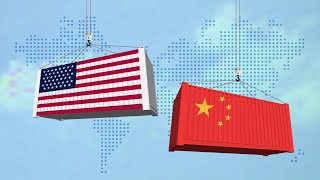 Currently, media reports denote that China and the USA are locked into a mechanism, directly aimed at threatening each other's economic powers. Accordingly, China is seen to be undermining the US Dollar as an international currency. For that purpose, varieties of mechanism are underway. Thus, the price of gold is at the highest peak in history and predictions are made that it will boom further.

This situation is in fact based on the egregious situations in the strategic relations between the two powers. Essentially, Sino-US confrontational relations are the immediate repercussion of the entanglements that the international system accumulates in its inborn legacy.

Fourth, this mix of vulnerability and endurance as the prime scheme makes States try to guarantee their security by utilizing a variety of means, which can be taken into account as following: (a) they should develop a reliable defense in the form of the state of the art weaponry/equipment and a well ordained and trained military. (b)They should forge coalitions with other powers for their own security. (c) the States need to join certain alliances.

Incidentally, the previously mentioned are mechanisms pursued by the concerned of all States which are involved with a contention, mainly because of the fact that the States' decision-making relies upon action-reaction, perception and misperception and mistrust phenomena.

Along these lines, this circumstance prompts the security dilemma which is a situation where no state is sure about the other's goals and terms the other responsible for the worsening relations and military encounters. A similar setback is the establishment of the progressing deadlock between China and USA. It is sensibly founded on the security dilemma.

Before dissecting how this contention is the result of the security dilemma, it is imperative to give important insights about the strategic advancements of the issue. In fact, the current situation of the two sides' interstate relations is not fraternal. These are antagonistic in reality, particularly in the post Covid-19 era. This antagonism can be viewed due to the following negative trends:

There are many negative trends on the both sides which have significantly bothered the differences between the United States and China and have inevitably dominated the numerous positive factors at work in the relationship.

The first trend developed during the 1990s and 2000s and delivered two genuine negative results: extreme harm to Beijing's notoriety in the West, which subverted desires of China for continued reform and opening. This trend had also negatively played to extend Chinese doubts of the United States and other allied states.

Related Topic(s): Confrontation; International; Peace, Add Tags
Add to My Group(s)
Go To Commenting
The views expressed herein are the sole responsibility of the author and do not necessarily reflect those of this website or its editors.