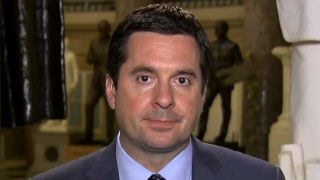 While Russian dictator Vladimir Putin manipulated our 2016 elections in favor of his preferred president, Donald Trump, and prepares to intervene in the 2018 elections, almost certainly in favor of Republicans in Congress, House Intelligence Committee Chairman Devin Nunes (R-Calif.) continues an aggressive attack against the FBI, Department of Justice and special counsel Robert Mueller as they defend America against the Russian attacks.

It is a scandal of historic proportion that Nunes is destroying the credibility, integrity and effectiveness of the House Intelligence Committee that has historically served, in Democratic and Republican Congresses, as a bastion of nonpartisan patriotism that before Nunes has always -- and I emphasize always -- placed the security and defense of the nation ahead of partisan politics.

It was unprecedented and irresponsible for Nunes to release a deceitful memo discussing the most sensitive secrets of state included in Foreign Intelligence Surveillance Act warrants.

When I worked for Democratic leaders in the House of Representatives, the speakers I served under beginning with Tip O'Neill (D-Mass.) would have responded to a chairman who acted like Nunes by removing him as chairman, removing him from the committee and defending like lions the integrity and nonpartisanship of the committee.

The destruction of comity and credibility plaguing the House Intelligence Committee, while democracy is under attack by espionage directed from Moscow, is being executed by a chairman who is potentially colluding with Trump associates under investigation for possible crimes, a subject that should be formally investigated if evidence so warrants.

Every principled conservative who shows the clarity and courage to speak out against Nunes deserves a standing ovation from the American people. Every conservative who fails to condemn his disgraceful behavior should hang their heads in shame and be held accountable at the polls in November, which some of them probably will be.

By contrast, the Senate Intelligence Committee, led by Sen. Richard Burr (R-N.C.), who does honor to the seat once held by Sam Ervin (D-N.C.), and Sen. Mark Warner (D-Va.), who does honor to the state that gave America Washington and Jefferson, deserve a bipartisan standing ovation for fiercely defending the integrity and credibility of their investigation without the poisonous partisan stench that Nunes employs to destroy its sister committee in the House.

On CNN last Saturday morning I offered a tribute to Sen. John McCain (R-Ariz.), who continues fighting for democracy while he is fighting for his life and who warned last week that relentless attacks against the FBI and Justice Department serve the interests of the Russian dictator who is attacking America today. God bless McCain, who is the gold standard of American patriotism. God bless America as good people across a grateful nation pray for McCain's recovery and return to the Senate where he is needed now more than ever.

Burr's integrity and McCain's passion for America stand in stark and stunning contrast to the scandals of Nunes, whose reprehensible conduct, whether he knows it or not, is a gift to those who attack us.

Every associate of Trump who has information about the Russian attack against America should come forward as modern-day Deep Throats, as I suspect some already have, and defend our country from attacks by the hostile foreign power that benefits from the conduct of the chairman of the House Intelligence Committee and the scurrilous and scandalous attacks against the FBI that protects America from them.

McCain and Burr embody the highest ideals of the Republican Party and the United States Senate. Trump and Nunes insult the legacy of Ronald Reagan, who would be appalled and disgusted by their conduct on matters involving the continuing Russian attacks against America which, at a minimum, are aided and abetted by their actions, knowingly or not.

Our president would be wise to end his talk of treason.

Republican leaders would be wise to end the scandals of Nunes.

Now is the time for all good men and women to come to the aid of their country, not their party.

Related Topic(s): Devin Nunes; Elections; Republican; Scandal; Shame, Add Tags
Add to My Group(s)
Go To Commenting
The views expressed herein are the sole responsibility of the author and do not necessarily reflect those of this website or its editors.