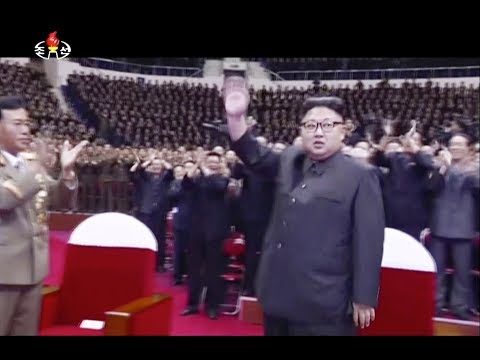 I bring to this topic the perspective of someone who was born into the Third Reich, the child of an American father. Born in 1940 in Berlin, I came to political consciousness early because of the war. Our generation saw the consequences of war at its worst, and we got to witness the near disintegration of a society. Once we were old enough, we asked our elders, "How did you let this happen?" This was not a matter of intellectual inquiry; rather it was a matter of passionate condemnation: "You allowed this to happen!" "Who are you, that you allowed this to happen?" A disconnect arose between the generations that has most likely never seen its equal in modern history. Just as surviving Jews came away saying "Never again," so did we. And we grew up radically anti-authoritarian, a reversal of historical norms.

I came to the United States in 1951 at the age of eleven. That is an age at which one's idealism is still intact. And then that idealism was further reinforced by the educational system. I was fortunate to be a citizen of the country that had conducted the Nuremberg trials. German national leaders were held to account for their war crimes. Aggressive war was declared to be the war crime above all others. My country had taken the lead in the establishment of the United Nations, and was a prime mover in its Universal Declaration of Human Rights.

The Boy Scouts set high standards of behavior, and of course the church did as well. The educational system imbued us with a love of the Constitution and a valuing of civil liberties. In contentious political debates we had in civics class there was no place for ad hominem remarks or guilt by association. There was a coherence to things, and the path was laid out for a moral and productive life.

There was also the Communist menace to worry about. What set us apart was the rule of law, a system of impartial justicethe independent judiciary, and a government of limited powers, with checks and balances. We could be counted upon to respect the spirit of the law, while our adversaries might at best hew to the letter of the law. Our role in maintaining our privileged status was to be good citizens and to be vigilant with respect to our democracy and our freedoms. At that point, the possibility that this country could slide into tyranny would have been inconceivable to us.

And yet here we are, trapped in a thoroughly despotic regime, the culmination of a gradual slide into tyranny that has taken decades to unfold. How did we let this happen? There isn't even a Gestapo. There is no Stasi. We still have choices at the ballot box. And yet we are just about as close to one-man rule as Germany ever got, and we are not far behind on the collapse of liberty. What fools usand what fooled the Germansis that it doesn't feel like tyranny. Tyranny doesn't mean autonomy for the tyrant. The late political scientist Karl Deutsch (Yale University) taught years ago that the dictator is even more beholden to the good will of his people than a democratically elected President. Hence the great emphasis on control of the press and dominance of the news cycle. On top of that, however, the tyrant has to deliver. And Germany was indeed the first nation to recover from the Depression and return to relative prosperity.

So I owe my elders an apology. Did they not support Hitler? I imagine that many of them did. In a time of crisis, you support the government you have, not the one you want. I'm also sure that they didn't have Poland on their mind in 1939 any more than Americans worried about Kuwait in 1991, or Iraq in 2003, or Syria and Libya in our time. In both cases, the sense of national crisis had to be created. "Things were going well; why did he have to take us to war?" was the question hanging in the air in 1939.

Trump is in a state of mutual dependency with his base. He Zeliged into a pact with the super-organism that has been created by Fox, and grabbed the reins on their core issues. On matters like the wall, immigration, abortion, and Obamacare, he cannot waver. More specifically, he is in a state of dependency on those who hold the marionette strings with respect to the baseSean Hannity first among them. Trump has to promise the wall just as others have kept promising the two-state solution. Even if he cannot get it done, he has to show that his heart is in the right place.

In reality, Trump doesn't really care about any of these things. However, in this Faustian bargain he gets freedom of action with respect to those things that do matter to himthe accumulation of power for himself at one level, and the accretion of personal wealth at another. The damage to our institutions has been enormous, and because of a certain ratcheting effect in our norms of political behavior, quite possibly irreparable.

So how did we get here? In the idealized world of our civics classes, there had been the abject neglect of what to call it? The fly in the milk. In Richmond, Virginia, we were living in a state of social, economic, and geographical apartheid, and that status was called into question with the Supreme Court decision in 1954, Brown versus (Kansas City) Board of Education. At the time, the South was still living very much in the consciousness of having lost its War of Independence, even though that history was nearly a century in the past.

I had just moved from one country that had been devastated by war to another such country. I came to appreciate the asymmetry of memory in such cases. The winner in war gets to move on, but the loser in war continues to live in the consciousness of that loss, and that may well inhibit the capacity to adapt. The memory of loss must be honored, and so one becomes rooted in the past.

In this state of quasi-paralysis, the State of Virginia initiated a campaign of massive resistance. Among other things, this led to yet another civics lesson. Jack Kilpatrick, editor of the Richmond News Leader, revived the Interposition Doctrine of John C. Calhoun, and this tactic was ratified by the Virginia legislature in 1956. Since the approval of three-fourths of the states is required for a Constitutional amendment to take effect, logically one may infer that if at least one-fourth of the states determine that a particular ruling of the Supreme Court constitutes a revision of the Constitution, then it is effectively nullified. (Some might wish to avail themselves of such a remedy in the present day to reverse Citizens United and the undoing of the Voting Rights Act.)

Richmond schools were not integrated until 1971, seventeen years after the Supreme Court decision, and seven years after the passage of the Civil Rights Act of 1964. This event was the watershed that made the South ripe for plucking by the Republican Party. As a passionate minority, it gradually came to dominate the Party. In time, yet another passionate minority, evangelicals, made common cause with the Republican Party as well. And then there was the Equal Rights Amendment. It was stopped in its tracks by yet another passionate minority of women! They also made common cause with the Republican Party. Threading through this history was the growing emotional potency of the issue of abortion. Yet another emotionally charged cause was that of gun rights.

A common feature of all these issues is that since they rested on core values of the proponents they were considered non-negotiable. As such, they could not be adjudicated by majoritarian politics. The established norms and courtesies that lubricate our political accommodations take second place to such non-negotiable issues.

And then came Watergate. In this battle of ideologies, an iteration of the clash of the Madisonian and Jeffersonian view of government, Constitutional norms were upheld, a triumph for the principle of separation of powers. But here as well, there was a disgruntled minority that smarted under the humiliation of a President of the United States. "Never again," they vowed. Key players here were Donald Rumsfeld and Dick Cheney; Roger Ailes and William Barr joined the team.

Nixon was actually the first embodiment of the Unitary Executive, the concept that all powers of the Executive Branch are vested in the President personally. "If the President does it, that means that it is not illegal" became the first public articulation of the President's preferential status, his immunity from conventional legal process. Nixon had already labored to shape the electoral outcome in his election campaign by getting the South Vietnamese regime to balk at the terms of the Paris peace talks then underway, and thus assure his electoral triumph. "This is treason," said President Johnson to Everett Dirksen in a private phone call, and Dirksen agreed. And yet the public was not informed, allowing the fiction to propagate that our democratic norms were still intact.

Siegfried Othmer is a physicist who over the last 33 years has been engaged with neurofeedback as a technique for the rehabilitation and enhancement of brain function. He is Chief Scientist at the EEG Institute in Los Angeles. Coming to (more...)

Related Topic(s): Authoritarianism; Fascism-Cant Happen Here; Tyranny, Add Tags
Add to My Group(s)
Go To Commenting
The views expressed herein are the sole responsibility of the author and do not necessarily reflect those of this website or its editors.

Russian monument in memory of 9/11

Stranger in the South

The Descent into Tyranny

Re fitness to serve, we have things backwards

The Path Not Taken