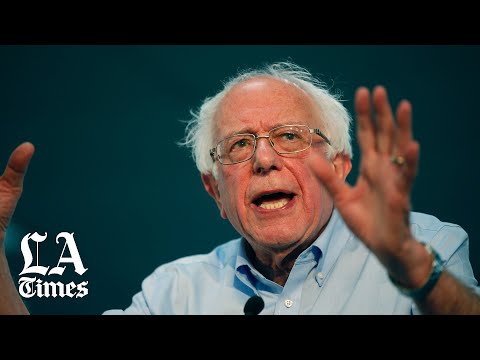 The failure to see the need to manage change, and instead adhere to a traditional and increasingly unresponsive status quo, is a formula for failure. Still, recognizing the need, and then managing it can be difficult. Here we will define managing change, admittedly rather vaguely, as addressing disaffection in a timely and enlightened way. The recent history of the Republican Party shows what happens when an institution fails to respond to discord in such a way. It may now be that the Democratic Party is following the same self-destructive path.

Part I -- Background: The Republicans Self-Destruct

The failure to manage change in the face of internal discord destroyed the Republican Party. In the year 2009 right-wing Tea Party rebels began taking over party positions at the state and local level. Simultaneously, the national party infrastructure started to slip from the hands of "moderates," or what used to be called Rockefeller Republicans. This set the scene for the eventual rise to power of autocratic and irrational leadership in the person of Donald Trump. At that point most of the "moderate" conservatives fled into the ranks of the independents. Trump proceeded to recruit their replacements from a right-wing amalgamation of racists, misogynists, conspiracy theorists, gun fanatics, and religious fundamentalists yearning for Armageddon. These are Hillary Clinton's "basket of deplorables" an accurate, if impolitic, label. At the national level, the "deplorables" marginalized the Tea Party advocates.

As if to prove this point, President Trump hosted 200 rightist media leaders at the White House on 11 July 2019. It was a who's who of boosters for the reworked, now radical Republican Party (a very different crowd from the post-Civil War element of the same name). What seemed to unite them all was the was the willingness to exploit the negative emotions and imagined grievances that collect over time within the boorish disaffected element of any population: hatred of "the other," anger at the "establishment," resentment of those less well-off than themselves (presumably because such folks take public assistance), jealousy of those better off then themselves, and a general feeling of alienation the cause of which they attribute to all of the above. Trump's accomplishment was to bring this ragtag group together under the banner of his ersatz Republican Party. Soon, the "deplorables" started to act like Eric Hoffer's True Believers.

Thanks to subsequent Democratic Party mistakes, these radical Republicans squeaked out a win in 2016 and took control of the federal government. We -- and by this I mean not only American citizens but also most of the rest of the planet -- have been living with the consequences ever since. For the sake of American democracy, the world climate crisis, and an assortment of other important issues, the crucial question is whether the Democratic Party can get it together to prevent Trump and his mercenary lot from staying in office. The answer to this question is uncertain.

Part II -- The Democratic Party and the Pressures for Change

While Trump was transforming the Republican Party for the worse, the Democratic leadership ignored the possibility that they too might be facing trouble. They missed the message that the disintegration of the Republican Party was caused by a failure to address emerging social pressures and demands. So, myopically assuming that the problems were solely Republican ones, the Democratic party leaders gave little thought to the demand for change coming from sections of their own voter base. But the problems were not just Republican ones. They were American problems that had split the country nearly in two.

The problems and pressures arose, in great part, from a culture war (which grew to encompass economic and political issues) that has been going on since the 1960s (see my analysis, A Culture War Against Tolerance). It had created powerful reactionary forces on the right that had now found a home in the new radical Republican Party. However, this same "war" generated a growing pool of progressives who found leaders in Senators Bernie Sanders and Elizabeth Warren, both of whom have sought to move the Democratic Party to the left. This was the demand for change that the Democratic leadership was called upon to creatively manage.

To date, they have not done so. Instead they have decided to hold fast to tradition and meet the challenge of the upcoming 2020 election by sustaining the presidential candidacy of Joe Biden -- a mediocrity whose stated goal is to return the nation "back like we used to be" before Donald Trump's ascendancy. In other words, Biden is a status quo ante candidate. Instead of creatively managing change, Joe Biden's job is twofold: to defeat Trump and simultaneously shut down the progressive pressures impacting the Democratic Party.

Part III -- A Pivotal Choice for the Democrats

As the primary season plays itself out, the Democratic establishment, whether it cares to admit it or not, is slowly coming to face a pivotal choice. That choice has recently been set forth by the progressive leader Bernie Sanders. Let's lay this out point by point:

"In an interview with MSNBC host Rachel Maddow, Sen. Bernie Sanders said -- if former Vice President Joe Biden had a plurality of delegates entering the convention he should be the Democratic party's presidential nominee."

In other words, Sanders is asserting that the democratic principle of popular choice should guide the Democratic Party process of choosing a presidential candidate for the 2020 election.

If Biden proves to be the popular choice by winning a plurality of delegates in the party's various primary contests, then Sanders would step aside in Biden's favor. This is a significant compromise on Sanders's part and probably signals his recognition that, in 2020, the main object of the November election is to turn Trump out of office. It also means that if Biden legitimately wins the nomination, he will probably receive at least some progressive support.

Related Topic(s): Bernie Sanders; Democratic Party; Democratic Values; Deplorables; Failure; Party Loyalty; Party Politics Republican, Add Tags
Add to My Group(s)
Go To Commenting
The views expressed herein are the sole responsibility of the author and do not necessarily reflect those of this website or its editors.