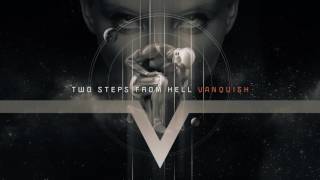 It is customary to speak of Western countries as democracies. In actual fact, the countries are oligarchies in which voting, which conveys the semblance that government is accountable to the people, seldom changes anything as elected officials are constrained by the power of organized interest groups. President Trump is the latest example. He has been blocked in his goal of reducing tensions with Russia.

The European Union has been an anti-democratic undertaking from the beginning. Deception was the method. At first it was a free trade zone. Then a common currency. Then unified fiscal policies which means centralization and political union with formerly sovereign countries becoming provinces in a European government. Countries that voted down joining were subjected to threats and browbeating and forced to vote again, by which time the media had convinced the people that they had no alternative to joining or they would be "left behind" in a backwater existence.

Despite the facts, politicians maintained the fiction that EU member countries remained democratic and responsive to the will of their citizens. German Chancellor Merkel, who ended her career by her unilateral decision to impose a million or more illegal Third World immigrants on Germans and Germans' resources, destroyed this fiction.

Merkel clearly does not care what the German people think. She revealed again her total disdain for democracy at a recent event of the Konrad Adenauer Foundation in Berlin where she condemned those who think political leaders should listen to the will of the people. The German people, she said, are just "individuals who are living in a country; they do not define the German people." The German people are whoever migrates to Germany as a result of the UN Migration Pact that she signed despite its rejection by the German citizens of Germany. "Nation states," Merkel declared, "must today be prepared to give up their sovereignty." Politicians must not listen, she said, to the will of their citizens when it comes to questions of immigration, borders, and sovereignty.

The French president, Emmanuel Macron, backed her up. Macron declared that French "nationalism is treason." In other words, it is treason to think that France is French. Patriotism, Macron said, is inclusion of Africa, the Middle East, and Asia into France. The way for the French to gain sovereignty is to surrender their sovereignty to the EU in Belgium and give up all control, not that any currently exists, over foreign affairs, migration, and budgetary and fiscal policy.

Merkel and Macron speak of the submission of Germany and France to the New World Order, but they do not say what they understand the New World Order to be. Their words indicate that one of its features is the replacement of the German and French populations and cultures with those of the Third World, as in The Camp of the Saints.

In the US, the New World Order means US hegemony over the world. The neoconservatives, who have controlled US foreign policy since the Clinton regime, believe that the US is "the indispensable nation" with the right and the responsibility to impose its ways on the world.

The globalist corporations understand the New World Order to be their immunity to laws of sovereign countries.

Others see the New World Order to be a Rothschild or other Jewish conspiracy to control the world economy and bleed it for their profits.

With so many different meanings, it is difficult to see which conspiracy against national existence is the threat. Or is it all of them?

Nevertheless, in the Western world, nationalism, the traditional basis of patriotism, now means, thanks to Identity Politics, "white supremacy." According to Identity Politics, the ruling ideology in the US, white people must be dis-empowered and subjected to punishments for the assortment of crimes attributed to them.

Therefore, the views in the US, France, and Germany come to the same conclusion: white people are guilty and must give up their country to others. Any protests of this outlandish requirement is proof that whites should be strung up, and they likely will be with the support of their own governments. Do we see the first signs of it here? Will this, and this lead to this?

Sources are here, here, and here.

Related Topic(s): Deception; France; Neoconservatives; Partisanship; Responsibility, Add Tags
Add to My Group(s)
Go To Commenting
The views expressed herein are the sole responsibility of the author and do not necessarily reflect those of this website or its editors.