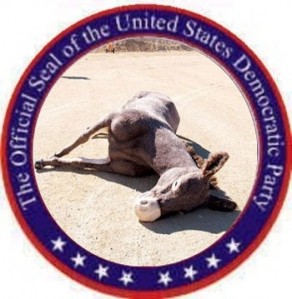 On several occasions I have asked in my columns the rhetorical question: What became of the left? Today I answer my question.

The answer is that the European and American left, which traditionally stood for the working class and peace (bread and peace) no longer exists. The cause championed by those who pretend to be the "left" of today is identity politics. The "left" no longer champions the working class, which the "left" dismisses as "Trump deplorables," consisting of "racist, misogynist, homophobic, gun nuts." Instead,the "left" champions alleged victimized and marginalized groups--blacks, homosexuals, women and the trans-gendered. Tranny bathrooms, a cause unlikely to mobilize many Americans, are more important to the "left" than the working class

All white-skinned peoples except leftists, including apparently victimized women, are racist by definition. Racism and victimization are the explanations of everything, all of history, all institutions, even the US Constitution. This program of the left cuts the left off from the working class, who have been abandoned by both political parties, and has terminated the left's connection to the people.

The collapse of the left as an effective and real political force followed the Soviet collapse. The underclass had resisted their exploitation before the publication of Karl Marx's Das Kapital in 1867. But Marx raised the exploitation of labor to a fighting cause on whose side was History. The Bolshevik Revolution in Russia seemed to validate Marx with its overthrow of the existing order and proclamation of Soviet Communism.

Soviet practices deflated left-wing hopes and expectations, but nevertheless an alternative system which continued to speak against capitalist exploitation existed. When the Soviet Union collapsed in 1991, neoconservatives and neoliberals declared that History had chosen capitalism over the working class, and Marx's prediction of the triumph of the working class had been proven wrong.

The Soviet collapse caused communist China and socialist India to change their economic policy and to open their economies to foreign capital. With no rival, capitalism no longer had to restrain itself and allow widespread access to the growth of income and wealth. Capitalists began collecting it all for themselves. Many studies have concluded that the productivity gains which formerly went mainly to the work force are now monopolized by the mega-rich.

One avenue to the concentration of income and wealth is the financialization of the economy (emphasized by Michael Hudson and by Marx in the third volume of Capital). The financial sector has been able to divert the discretionary income of the working class into interest and fees to banks (mortgages, car loans, credit card debt, student loans).

The other avenue is the offshoring of American jobs to which Donald Trump is strongly opposed. Here is what happened:

Wall Street told US manufacturers to move their production to China in order to increase profits from lower labor and regulatory costs, or Wall Street would finance takeovers of the companies, and the new owners would raise the firms' profitability by moving production offshore. Large retailers, such as Walmart, ordered suppliers "to meet the Chinese price."

When the jobs were in the US, most of the gains in productivity went to labor. Therefore, real median family incomes rose through time, and the consumer purchasing power this income growth provided drove the US economy to success for ever more people.

When the jobs were moved to Asia, the growth in real median US family incomes stopped and declined. The large excess supplies of labor and lower cost of living in Asia meant that Asian workers did not have to be paid in wages the value of their contribution to output. The difference between the US wage and Asian wage was large and went into corporate profits, thus driving up executives' "performance bonuses" and capital gains (rising stock prices from higher profits) for shareholders.

In my book, The Failure of Laissez Faire Capitalism published in 2013, I was able to calculate that based on current information at that time, every 1,000 manufacturing jobs moved to China resulted in a labor cost saving for the US company of $32,000 per hour. These hourly savings did not translate into lower prices for US consumers of the off-shored production. The labor cost savings translated directly into the incomes of the executives and shareholders.

Thus, jobs offshoring permitted the productivity gains to be monopolized by corporate owners and executives.

Instead of responding to Trump's support of the working class and his actions in their behalf during the first week of his presidency -- Trump's termination of TPP and his demand to auto manufacturers to bring manufacturing back to America -- the "left" has rallied around a victim group -- illegal immigrants. The "left" even elevates non-US citizens above the US working class.

Related Topic(s): Capitalism; Democratic; Jobs; Offshoring, Add Tags
Add to My Group(s)
Go To Commenting
The views expressed herein are the sole responsibility of the author and do not necessarily reflect those of this website or its editors.