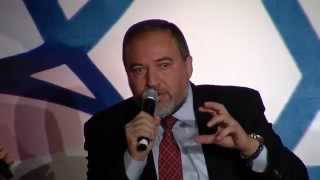 I recently mentioned the German word Gleichschaltung -- one of the most typical words in the Nazi vocabulary.

"Gleich" means "the same," and "Schaltung" means "wiring." The long German word means that everything in the state is wired up the same way -- the Nazi way.

This was an essential part of the Nazi transformation of Germany. But it did not happen in any dramatic way. The replacement of people was slow, almost imperceptible. In the end, all important positions in the country were manned by Nazi functionaries.

We are now witnessing something like this in Israel. We are already well into the middle of the process.

Position after position is taken over by the far-far right, which is ruling Israel now. Slowly. Very, very slowly.

IT STARTED right after last year's election. Binyamin Netanyahu was able to form a coalition of the far right, though only with a slim majority. As has so often happened in the annals of fascism, he needed one "center" party for that. He found it in the form of Moshe Kahlon's faction. Kahlon, an ex-Likud man, was popular because he promised cheaper housing. Instead, housing prices have continued to rise.

(Kahlon is the Smiling Man. He is very likeable. One columnist compared him to the Cheshire cat, the cat that disappeared and left only a smile behind. "Not a cat with a smile," as Alice said, "but a smile with a cat." But he is the cat that keeps the far right in power, even now.)

The new government included an assortment of incredible appointments. The most outrageous new minister is Miri Regev, a primitive woman known for her proud vulgarity, who is now Minister of Culture. Well, I suppose even vulgarity has a right to be represented.

Ms Regev is now in charge of the allocation of government funds to theaters, literature, ballet, opera and such. She has already made it clear that they had better toe the government line, if they want to be funded.

Her nearest competitor is the new Minister of Justice, Ayelet Shaked (literally: the Almond Gazelle.) Her proclaimed aim is the subjection of the Supreme Court, the pride of Israel. Though quite timid by now, the court sometimes objects to oppressive new laws. So Ms Almond wants to stuff it with new "conservative" judges.

The most dangerous of the bunch is the Minister of Education -- Naftali Bennett, one of the most extreme nationalist-religious politicians. Israel has three religious education systems. The sole "secular" system has already been steadily reduced throughout the years by earlier ministers. Putting Bennett, defined by many as a religious fascist, in charge of education means putting the fox in charge of the poultry house.

All these ministers, as well as the others of the same ilk, are now busy replacing the senior officials with persons of their convictions, a steady and extremely dangerous process.

THEN THERE are the keepers of the gate.

One of the most important persons in Israel bears the title "Legal Counselor to the Government." He is the highest legal official, superior to the Attorney General and independent of the Minister of Justice. His advice is legally binding, subject only to the Supreme Court.

Netanyahu has several personal legal problems. He and his family have traveled around the world on other people's money while in office. This and other affairs have been held up in the legal pipeline for many years, by the decision of the "Advisor."

Related Topic(s): Avigdor Lieberman; Benjamin Netanyahu; Israel, Add Tags
Add to My Group(s)
Go To Commenting
The views expressed herein are the sole responsibility of the author and do not necessarily reflect those of this website or its editors.