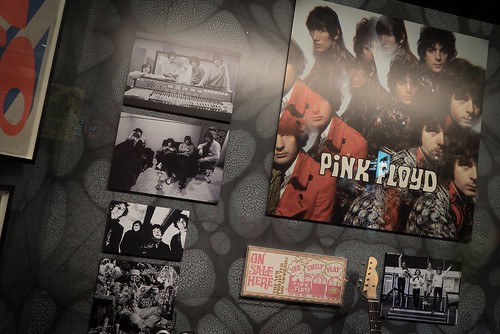 One of rock's greatest albums is Pink Floyd's 1973 Dark Side of the Moon. This somber, surrealistic album paints a picture of what society has become, both 44 years ago and now.

Such is this present Amerikan Empire, replete with our phony wars, excessive militaristic mindset and of course the drive for super wealth by greedy corporations and equally greedy individuals.

Those of us who 'knew better' foresaw the economic bubble burst of 2008 years before it occurred. So many of our friends and neighbors cared not a damn about the phony wars on Iraq and Afghanistan, and later against Libya and now a proxy wise in Syria.

No, all most of our friends and neighbors cared about, and still care about, is making dough on the market or becoming either home flippers or land lords (notice how I separate the two words for better effect- as land lord comes straight out of feudalism). The rest of these apathetic fellow citizens, if not in the financial position to attain the ranking of entrepreneur, simply focus on more and cheaper shopping opportunities as the adopted 'Children of Wal-Mart'.

It's OK for them if a police officer to kill an unarmed civilian, especially if the victim happens to be of dark skin. It's OK for them to march with Nazi era torches and chant anti-Jewish slogans and have your president 'pass' on real condemnation. Ditto for the so called Israeli leadership, usually so sensitive to any truthful dissent against their horrific polices, always ready to play the Holocaust card.

Trump and Netanyahu's silence is not golden! What is really troubling is the multitude of white and non-Jewish (even some Jews too) citizens we mingle with each and every day, who couldn't give a rat's ass about it all! Just as so many out there, white and even black, the so called sports journalists, who continue to downplay or criticize Colin Kaepernick and his protest. They usually deal the **** card of how this is sports and should not be the arena for political or social protest.

Oh really, you black and white yuppie so called pundits! If you were back in this writer's day during the Vietnam disgrace, you would have just sat back and kept silent as tens of thousands of your peers were DOA in some rice paddy, along with tens of thousands of innocent Vietnamese civilians. All murdered by this empire to keep its Military Industrial engine full of gas... and profit (Read General Smedley Butler's 1935 essay War is a Racket).

Amerikans need to begin acting like Americans again, and say NO to empire and YES to saving our towns, cities and states from the predators who now run things. To use a 'play on words' from Pink Floyd: There is no dark side of the empire... it's ALL dark!

{Philip A Farruggio is the son and grandson of Brooklyn, NYC longshoremen. A graduate of Brooklyn College ( class of '74 with a BA in Speech & Theater), he is a free lance columnist posted on World News Trust, Nation of Change Blog, Op Ed (more...)
Related Topic(s): Empire, Add Tags
Add to My Group(s)
Go To Commenting
The views expressed herein are the sole responsibility of the author and do not necessarily reflect those of this website or its editors.