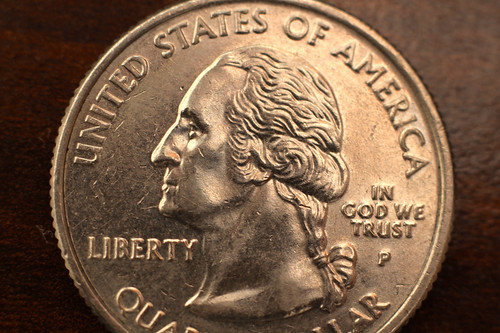 It will be Father's Day in a few days and, of course, I am thinking about my father. I really miss him and I have missed him for twenty-two years. As I think about him so intensely on this upcoming holiday I, quite naturally, hear his voice in my head and remember things he used to say. He was from Kansas and had many an odd saying, one of which was "that (fill in the blank) ain't worth a quarter". Woe be unto you if you were whatever the blank was.

Both democrats and republicans are playing a dangerous game in their failure to understand what is taking place with a significant part of the electorate. I wrote an article a few days ago regarding the distinction without a difference in Biden and Trump; took a lot of incoming fire for it, too. It was my opinion. Nothing more, nothing less. However, the salient fact is that a lot of people share my opinion and though I sardonically compared the two men, the same dynamic exists if one compares the parties.

If I listen to the so-called "right" (who seem to be perpetually 'wrong') they complain about the main-stream media. Some right-wing, racist whack jobs even call it the "drive-by media". Yet, even a stopped clock is accurate twice a day. If I listen to the so-called "left" (who seem to be perpetually trying to look like the right in the final analysis), they complain about the main-stream media. Now, depending on which type of media we are referencing one or the other party is in control. Talk radio is clearly the bailiwick of the right; while television is clearly the bailiwick of the left. Print media seems to be in purgatory. The point is, it matters not what side I listen to as one thing becomes clear: there is a problem with the media and there has been for a long time. Resulting in both sides saying the same thing, spin notwithstanding.

The president, being an idiot savant of sorts, references "fake news".

The left tells me that the Trump campaign colluded with Russians to "meddle in our elections". The right tells me that the Clinton campaign colluded with the Russians to obtain the infamous "Steele Dossier". My distillation of the two is that there is probably truth and fiction in both with each side saying the same thing, hoping I will get dizzy from the spin. I guess the good news for both parties is that most do. However, there are more and more folks becoming not only immune to the dizziness, but pissed off by it.

By the by, didn't the Clinton's, both Madame Secretary Clinton and President Clinton, attend the 2005 wedding of one Donald Trump? I mean, weddings are intimate things. You have to be invited, you have to accept and RSVP, you have to buy a gift, you have to spend days on wardrobe, etc. I understand going to the funeral of someone scorned, but I find it rather implausible that one would attend a wedding, on that scale, of a true enemy. However, let me be the first to acknowledge that depending on the prevailing circumstances, weddings and funerals can be juxtaposed, I suppose. https://www.politifact.com/florida/statements/2015/jul/21/carlos-curbelo/clintons-really-did-attend-donald-trumps-2005-wedd/

The right tells me that democrats are corrupt: Clinton rented out the Lincoln bedroom, Senator Diane Feinstein totally guilty of graft pertinent to transportation projects in the state in which I reside and Biden's son got favors from the Chinese that made him millions. The left tells me Bush made money off of the Iraq war, Cheney and Rice were on the boards at companies that directly benefited from that war, Trump is in violation of the emoluments clause and that his children and staff are making millions while he rapes the nation. Once again, both sides are saying the same thing. My distillation of the two is that they are all crooks; which I already knew.

Trump says "the system is rigged" (I guess he would know); and what occurred with Senator Bernie Sanders in 2016 lends credence to the statement from the Idiot Savant in Chief (ISIC). The left says the elections are not secure, let us speak nothing of the Supreme Court coronation of Mr. Bush in 2000. All manner of gerrymandering, voter exclusion, disappearing and nullified votes (especially those of black voters), etc. Both sides saying the same thing. My distillation of the two is that the elections are an illegitimate sham, spin notwithstanding. How could one conclude otherwise given the facts as they are presented?

The left tells me that the police are corrupt and racist (and, believe me, they are indoctrinated to be so no matter what their ethnic background). The right, the president specifically, tells me that law enforcement cannot be trusted especially at the federal level. The fact that this is not news to anyone that isn't white and/or living in the gated confines of Sleepy Hollow is moot, as both sides are saying the same thing.

The United States is simmering. The right talking of civil war, and the left of revolution (of the milquetoast variety), revolutions require guns (look at your own American revolution), the right has guns aplenty. The average citizen now questions the very foundations of the society. When I was a youngster, Walter Cronkite would come on the air and no one questioned the validity of the news, because it was news and if you heard that voice that said: "we interrupt this program with breaking news/special bulletin" you knew that it was just that. Now, it's "breaking news" all day in an endless loop of the same pablum over and over again, showcasing some indoctrinated, partisan moron's opinion. From time to time there are several morons simultaneously talking over themselves; network irrelevant. This goes on twenty-four seven. So, now, few people trust the media; and should not with limited non-partisan exceptions.

The U.S. prides itself on its elections. The U.S. has, quite self-righteously, bombed and killed children across the globe in the name of elections and democracy, yet cannot trust its own. Respect for those entrusted with administering justice, which is essential to societal order, has been severely undermined (always has been a joke to the black man, but now it's a joke to others). From the Supreme Court to the rookie just figuring out how to use a speed-loader in the town of Whatchamacallit, population 620, fewer and fewer people trust "the system". Everything that holds the fragile fabric of this society together is being frayed and, eventually, there will be a battle between tribalism and intellect in which that fragile fabric will tear. This is a very dangerous situation. If either party has a modicum of sense they had better stop taking the public for granted and insulting its intelligence. If 'intelligence' is the ability to learn from past experiences, then 'intellect' would have to be, by definition, unbiased.

That quarter that you were looking at may have different and disparate images on each side, but it remains, forever, a quarter. Verstehen sie?