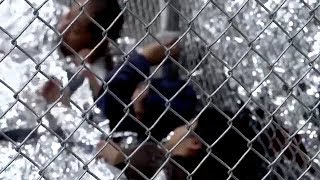 Legal aid groups litigating on behalf of those detained by U.S. Customs & Border Patrol and ICE must press the courts for access to all of the facilities by human rights and relief workers on an exigent basis.

What has already been clearly documented is a pattern of human rights and child abuse so pervasive that it has led to at least six child mortalities under the government's well-documented negligent care.

The courts must order:

The time for an aggressive, concerted relief effort has come. The government, in pursuit of political ends, has knowingly and willfully engaged in a pattern of unlawful abuse that tramples upon all relevant US and international laws, treaties, and norms.

An emergency has been intentionally created by the government. In light of the emergency that by the government's hand now demonstrably exists, the courts must act on an emergency basis to allow aid to the families and children in all US immigration detention facilities.

Related Topic(s): Access; Border Cruelty; Children; Detention Centers For Immigrant Children; Immigration, Add Tags
Add to My Group(s)
Go To Commenting
The views expressed herein are the sole responsibility of the author and do not necessarily reflect those of this website or its editors.