Give Me Liberty or Give Me Death -- Patrick Henry 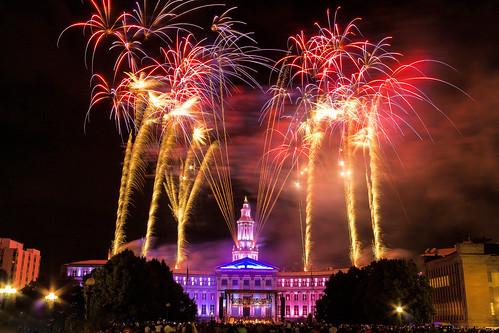 The last lunar eclipse in the Cancer/Capricorn Lunar Nodes (December 2018 to May 2020) will occur on the night of The 4th of July in the United States.

It's America's Birthday! Independence Day. A time to look back on where our nation has come from as well as a time to look forward to the nation we want to become.

This year as we celebrate the story of our country's birth a midst a revolution against tyranny and in the hopes of an evolution toward individual freedom, perhaps we Americans need to look outside ourselves and our private needs and look to what our society needs.

If we use the Pluto cycle (248 years) as a timing reference, we find that we are living in the cyclic time frame right before the American Revolution. A time when men and women rebelled against unjust laws and unlawful occupation, taxation with representation, and a growing realization that when they united as one people, they could create a new world.

We find ourselves living in similar times. In a few years we will experience our nation's Pluto return, (February 2022 - October 2023) which often signals the end of empire as well as an evolutionary need for change on a national level. As we come to the very end of our nation's first Pluto cycle, we are seeing the 'hidden truth' about corrupt corporate control of the world - America's contribution to the world, for good and evil. We see our social and physical infrastructure crumbling. We see the injustice of inequality, which has been with us since the beginning which started with genocide. We allowed Nature to be overwhelmed. We ignore the fact that it is corporations who control our unthinking consumerism, and that both are poisoning the earth, our air, our food, our water, causing illness and death.

We are on the brink of collective chaos and collapse.

We are on the brink of a new revolution. Or rather, a new birth.

As the US approaches its Pluto return, we have a chance to create a new vision for society, without a bloody revolution. This time we have to evolve consciously, and I believe it's because more women and people of color are stepping into leadership roles around the country and around the world, bringing new gifts of connection, community, emotional intelligence and compassion to the vision.

We have a chance to create the social justice we were told America stood for. We have seen the reality of who our leaders are and who they are beholden to, and if we want to be the change we've been waiting for, we need to be the cultural revolutionaries that awaken our fellow citizens to their duty.

Just as Ben Franklin, Patrick Henry, Samuel Adams, John Adams, Alexander Hamilton and Thomas Jefferson shaped that revolution with their words and deeds. Just as Sarah Fulton and the Daughters of Liberty, Sybil Ludington, Deborah Sampson and many other women aided the Revolutionary cause with their deeds.

Related Topic(s): American Revolutionary War; Aries; Astrology; Cancer Astrology; Capricorn; Lunar Eclipse; Mars One; Planet Jupiter; Planet Saturn; Pluto In Capricorn; (more...) Social Transformation; Transformation, Add Tags  (less...)
Add to My Group(s)
Go To Commenting
The views expressed herein are the sole responsibility of the author and do not necessarily reflect those of this website or its editors.