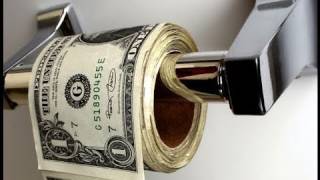 There have been numerous news stories in the past few weeks about corporations doing the right thing with their big tax cuts. These stories tell us how they are giving higher pay to workers and have ambitious plans for new investment. The Trump administration has been crowing over these announcements as proving the success of their tax cut. There is much less here than meets the eye.

To start, we can look at the latest and biggest announcement in this category, Apple's plan to bring back $252 billion in cash that it held overseas. Apple announced it would make a one-time $38 billion tax payment on the repatriated money.

Before anyone starts celebrating, we should be clear what bringing back this cash means. Previously, this $252 billion had been credited to Apple's foreign subsidiaries. These subsidiaries had immediate legal claim to the money, which could in fact be anywhere in the world, including the United States.

There is the one-time tax payment of $38 billion, but this is a savings of $43 billion against Apple's tax liability under the former system, according to the Institute for Taxation and Economic Policy. So it's hard to see the cause for celebration here.

Apple did announce that it was giving a one-time bonus of $2,500, in the form of stock. If all of the company's 84,000 workers get this bonus, it is equal to a bit less than 0.5 percent of the tax liability Apple saved on its foreign profits.

Apart from this one-time windfall on foreign earnings, we don't know how much of Apple's ongoing tax savings will show up in worker's wages. As it stands, Apple is looking a bit stingy compared to other big winners from the tax cut.

Verizon announced that it would give bonuses of $1,000 to each of its 200,000 workers. This $200,000 million expenditure comes to almost 10 percent of its $2 billion-plus in annual savings from the tax cut. Similarly, Walmart announced pay increases that came to around $300 million annually. This would be close to 15 percent of the $2 billion that it would save annually from the tax cut.

After all, Walmart also just announced that it was closing 63 Sam's Clubs stores. Should we attribute these closing and the resulting layoffs to the tax cut as well?

Corporate America is clearly putting on a public relations show to thank the Republicans who pushed through the tax cut. They are trying to convince people that the Republicans in Congress were doing something that was good for the country, not just rewarding big donors to their campaigns.

But this is not the sort of stuff that the public should take seriously. We know how to evaluate the tax cut. The question is whether it truly does lead to a big upturn in investment. We will find the answer in the government's data on investment, not the tall tales from corporate chieftains.

Thankfully, we shouldn't have to wait long to get the preliminary results. If the tax cut really is the huge spur to investment that the Republicans claim, it should be showing up very quickly in new orders for capital goods. The Commerce Department will release the data for December this week. While this is early, fast-moving companies surely were following the debate and were prepared to jump once passage became certain.

In late February we will have the data on capital goods orders for January. If corporate America sees the tax cut as the boon the Republicans promised, surely they will have some of their new orders in by the end of this month.

Dr. Dean Baker is a macroeconomist and Co-Director of the Center for Economic and Policy Research in Washington, D.C. He previously worked as a senior economist at the Economic Policy Institute and an assistant professor at Bucknell University. (more...)
Related Topic(s): Bonanza; Citigroup; Corporate Greed; Corporate Taxes; WalMart; Workers, Add Tags
Add to My Group(s)
Go To Commenting
The views expressed herein are the sole responsibility of the author and do not necessarily reflect those of this website or its editors.