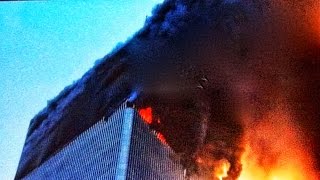 Today is the 16th anniversary of the September 11, 2001, terrorist attacks in New York, Arlington, Virginia, and central Pennsylvania. The attacks were so traumatic for me that, in my mind, they happened practically yesterday. Like most Americans, I remember exactly what I was doing when I first heard that a Boeing 757 had hit the World Trade Center. I also remember many of my actions the rest of that day and the next several days. I was a counterterrorism officer at the CIA in 2001. The attacks set off a series of events that changed the course of my life. They also irreversibly changed our country.

On the morning of September 11, I was working (quaintly, now) on European communist terrorism issues. I was supposed to go to the White House that morning with the director of the CIA's Counterterrorism Center (CTC) for a meeting with Condoleezza Rice, then National Security Advisor, to discuss an "information release" problem. Even after all these years, I'm not allowed to get into the details.

I walked over to the director's office to tell him our car was ready to take us to the White House. But when I got there, I saw that his secretary's television was showing one tower of the World Trade Center on fire. She said a plane had hit it. I naively told her that a plane had once hit the Empire State Building. But that was in a driving rainstorm in the 1930s. The weather was crystal clear on September 11. How could the pilot not see that he was flying into the World Trade Center? A second later another plane flew into the second tower.

In CTC, we knew that we would face a massive al-Qaeda attack. But we didn't know when or where. And because the CIA was not cooperating with the FBI, neither organization had access to the other's databases, and there was very little information sharing. It was the greatest intelligence failure in American history.

I don't mind the security lines at airports. I don't mind the concrete barriers around government buildings. But I do mind warrantless wiretapping. I do mind secret prisons, extraordinary renditions, and a torture program. And I especially mind the fact that the United States has transitioned to a permanent wartime economy.

The saddest part about the past 16 years is how both major parties, the Democrats and the Republicans, have fallen into line. Neoconservative and neoliberal political leadership is now the norm. Since September 11, neither party has seen a war that it didn't want to jump into with both feet. And it's all in the name of "national security." But any observer with half a brain can tell you several things about war and national security.

Saddam Hussein was no threat to us. Even if he had had weapons of mass destruction, he had no delivery systems. He was no threat. And he was the only thing protecting much of the region from the danger of Iranian expansionism. Muammar al-Qaddafi was no threat to us. But we supported his violent overthrow with no end game. Remember Hillary Clinton saying, "We came, we saw, he died"? Libya has since descended into anarchy. We're facing the same situation in Syria. Bashar al-Assad is not a nice guy. But he's no threat to us. So where do we come off supporting "regime change"? For what reason? All regime change will do is to open the whole country to terrorism and to create an even worse refugee crisis than the one the country faces now. Besides, "regime change" is a violation of international law. Syria never attacked us. So our attacks on Syria are patently illegal. And again there's no end game.

I don't even have it in me to talk about Afghanistan, Pakistan, Yemen, North Korea, or any of the other countries where we've felt compelled to intervene because it's our sovereign "right." But I will shout out about the illegality of it all.

I've written in the past about my utter lack of respect for Congress. The oversight committees don't oversee anything. And indeed, the intelligence and armed services committees are no more than cheerleaders for the CIA and the Pentagon. Over the long term, Congress's actions have been worse than cheerleading. Congress hasn't declared war on any country since December 8, 1941. There were Congressional "authorizations" to commit troops in Korea, Vietnam, and during the Gulf War. But what about all of the other undeclared wars or "conflicts" (or "police actions") where Americans have died and are dying? How is that legal? How is it constitutional? It's not. It's illegal.

I don't have the space here to talk about the Patriot Act. But I do still have enough space to talk about what we can do to bring our government to heel. We can take to the streets. We can protest. It worked during the Vietnam War. It worked for civil rights. It can work again. And it's up to all of us.

Related Topic(s): CIA; Constitution In Crisis; Counterterrorism; Pentagon; September 11 Attacks, Add Tags
Add to My Group(s)
Go To Commenting
The views expressed herein are the sole responsibility of the author and do not necessarily reflect those of this website or its editors.