All of this should make it come as little surprise that the Ku Klux Klan had also adopted 'America first' as a motto by 1920" The fantasy of an America once populated solely by the racially pure Nordic 'common man' was the Klan's genesis myth as well, the prelapsarian past to which they hoped to force America to return by violence if necessary. 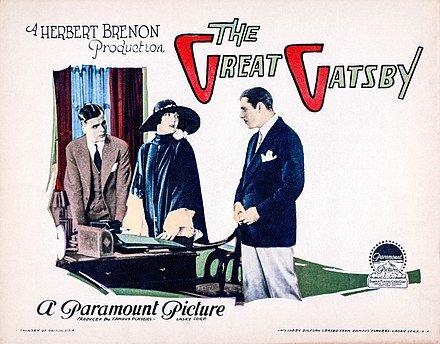 She was flabbergasted. I'm proud to be Black, I said, and she, my neighbor, was flabbergasted. I could see her thinking, how was that possible? She had misjudged me? Or a trick had been played on her. Something. It's 2021! And finally, the older woman managed to speak: "Well, I'm glad you feel that way." A bit surprised! But I'm forced to be politically correct . A couple of times, she informed me that she isn't racist. At least once, she announced she supports Trump.

What does she really support?

For now, I've rattled the vision of a returning Dear Leader.

I don't live in "Trumpland," or at least, a state traditionally recognized as having voted for Trump. I do live in Wisconsin, Kenosha, an hour's drive from Chicago. And isn't that the problem for Americans lost in the dream of a white America. Betsy's flag drapes the country on good days while, on dark days, old Robert E. Lee waves the Confederacy's flag.

I hear Faulkner in the 20 th Century refer to Southerners "'clinging yet to the dream.'" Here we are in the 21 st Century witnessing the response of Americans confronting the reality that is revealing a "'time'" that was "'altered to fit the dream.'" And it had been an intolerant dream, at that, for anything that doesn't see eye-to-eye with its allegiance to the hierarchical positioning of white and economic wealth at the top of food chain. White and wealthy only entitled to the rights of life, liberty, and happiness. It makes for a home divided between the clingers to a fallacy and the challengers to the very notion of privileging a myth of supremacy based on race and wealth. I think of Trump hugging an American flag and all his followers clinging on to him in a last ditch effort to survive the challenge to their dying dream.

It's was never an inclusive dream, but rather a nightmare for those it kicked to the curbside of their gentrified streets and the margins of their "American-only" narratives.

I was thinking about the return of something bigger than one man, even one Dear Leader. Actually, it's not so much a matter of a return as something like a plague that, to conjure Camus's Dr. Rieux, lies dormant and rises when the political temperature suggests fear has taken hold of white America's imagination and rattled yet another major tenet of the dream of white supremacy--forever. I was thinking about fascism, something I've written about many times before.

When white America sees Blacks in the streets during a pandemic, when they see long lines of Black Americans preparing to vote, when they see organizations such as Black Lives Matter and Black Votes Matter, see individuals such as Stacy Abrams giving the battle cry to go to march, to register to vote, to go to the polls, if they were seeing the toppling of Robert E and the Old South as former enslaved Blacks rise up in places where Black people don't belong.

We'll take our country back! Take back our culture!

Take back, take back... but what was ever the white European when they first landed in the New World? What land belonged to them? What homestead? What culture was here on Turtle Island that belonged to the European?

Nonetheless, Americans persist in believing that the US was built by whites and, therefore, belongs to white Americans.

So Americans, in the 1920s and 1930s, when challenged by reality, looked to Europe, to Germany, to Hitler. To Fascism. To stacking the decks against Black Americans, only make it seem as if a wave of cultural corruption (with political assistance) is sweeping the nation. This corruption, reflected in the removal of Trump, the rightful heir to yield power over "a white nation," is understood as an infiltration of socially democratic attributes that will not recognize white supremacy. The target need not be named. Distorted. Dehumanized and made ripe for mockery. And worse. For removal, in turn. Culturally and legally.

I revisited Behold, America: A History of America First and the American Dream recently when I was thinking about the "presence" of Black Americans in a novel considered by the literary establishment to be critical of the American Dream. And Fascism.

Related Topic(s): Exploration; Representation, Add Tags
Add to My Group(s)
Go To Commenting
The views expressed herein are the sole responsibility of the author and do not necessarily reflect those of this website or its editors.