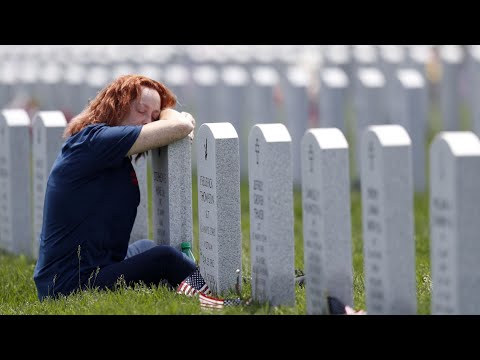 It looks like a jail break out there. People who have been under house arrest for the better part of three months are charging back into the public domain with reckless abandon. Absent strong, responsible leadership, they hope for the best and ignore the worst.

The first death resulting from COVID-19 in the United States appears to have occurred on February 6, 2020, in Santa Clara County, California. In little more than 100 days, the death toll is over 100,000 as of this writing. That's one hundred thousand Americans killed by this virus on American soil in less than four months. It is a staggering figure, historic in its proportions. It may be only the beginning.

The prognosis for the next year is not encouraging. COVID-19 has reached true pandemic proportions. It is affecting humanity worldwide. Aggressively and lethally. While the rate of infections is slowing a bit with the onset of warmer weather, that's a pattern many health and disease experts foresaw. It is also eerily reminiscent of the path the Spanish Flu of 1918 took a little over a century ago.

It was the second wave of Spanish Flu infections that was most lethal. It was an H1N1 strain of the flu, not vastly different in its construct from what we regard as seasonal flu today. However, medical historians theorize that what had been a serious strain of the flu early in 1918 may have mutated into a far deadlier strain by the fall of that year, setting that stage for millions to die. The manner in which public officials handled the crisis is chillingly reminiscent of what we see playing out on evening news broadcasts now.

As Dave Roos writes on history.com, "James Harris, a historian at Ohio State University who studies both infectious disease and World War I ... believes that the rapid spread of Spanish flu in the fall of 1918 was at least partially to blame on public health officials unwilling to impose quarantines during wartime. In Britain, for example, a government official named Arthur Newsholme knew full well that a strict civilian lock-down was the best way to fight the spread of the highly contagious disease. But he wouldn't risk crippling the war effort by keeping munitions factory workers and other civilians home."

By the time it was over, an estimated 20-50 million people were dead worldwide.

There is no world war underway today, no overriding national security imperative to justify the expenditure of more lives than the war itself. Instead workers are being sent back into the workplace to prop up the Western world's for-profit system of capitalism.

However, on what is perhaps an even more immediate note, the WHO is warning that a second peak is occurring globally now. Indeed, some states in the U.S. that rejected lock-downs and protective precautions have seen spikes as a consequence.

In fairness, a desire to return to normalcy is not uniquely American. Pressure on governments to reopen business and social venues is common to many countries. If you are living paycheck to paycheck, and most people are, then you are under enormous pressure to get back to work. The risks often seem secondary.

Keeping humanity in the house is not a viable long-term strategy. Personal protective measures, testing, and contact tracing are the best hope for slowing the spread and mitigating the impact now and in the event of a second wave.

Of those measures, personal protective precautions are perhaps the most important and also the most reliant on the least qualified. The common man doesn't maintain disease security well. We make mistakes, we let our guard down. We are human.

Related Topic(s): Corona Virus Coronavirus Covid-19; Death; Mass Graves; Pandemic, Add Tags
Add to My Group(s)
Go To Commenting
The views expressed herein are the sole responsibility of the author and do not necessarily reflect those of this website or its editors.